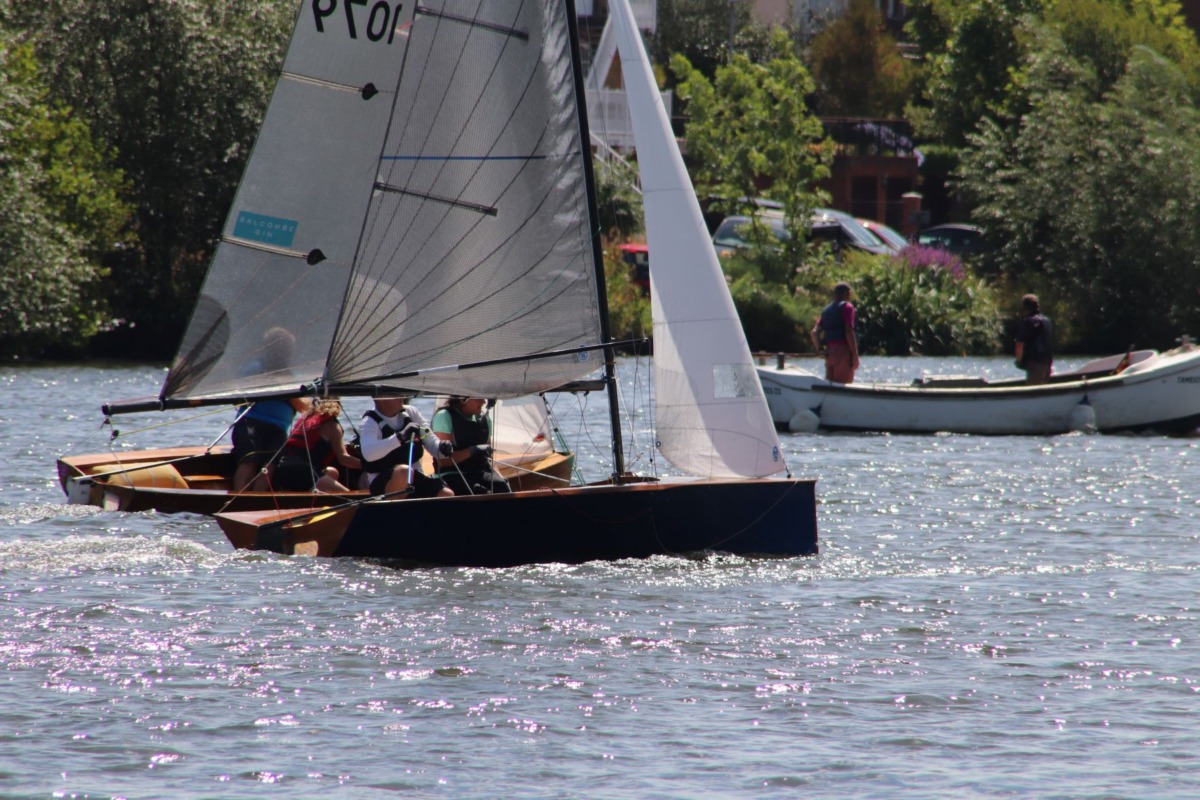 The day dawned bright and breezy with a gusty south westerly.

Unfortunately staycations are over, and many members seemed to have gone away on holiday.  They missed a very energetic sail.

The blue races were set in front of the club on a figure of eight course starting upstream. 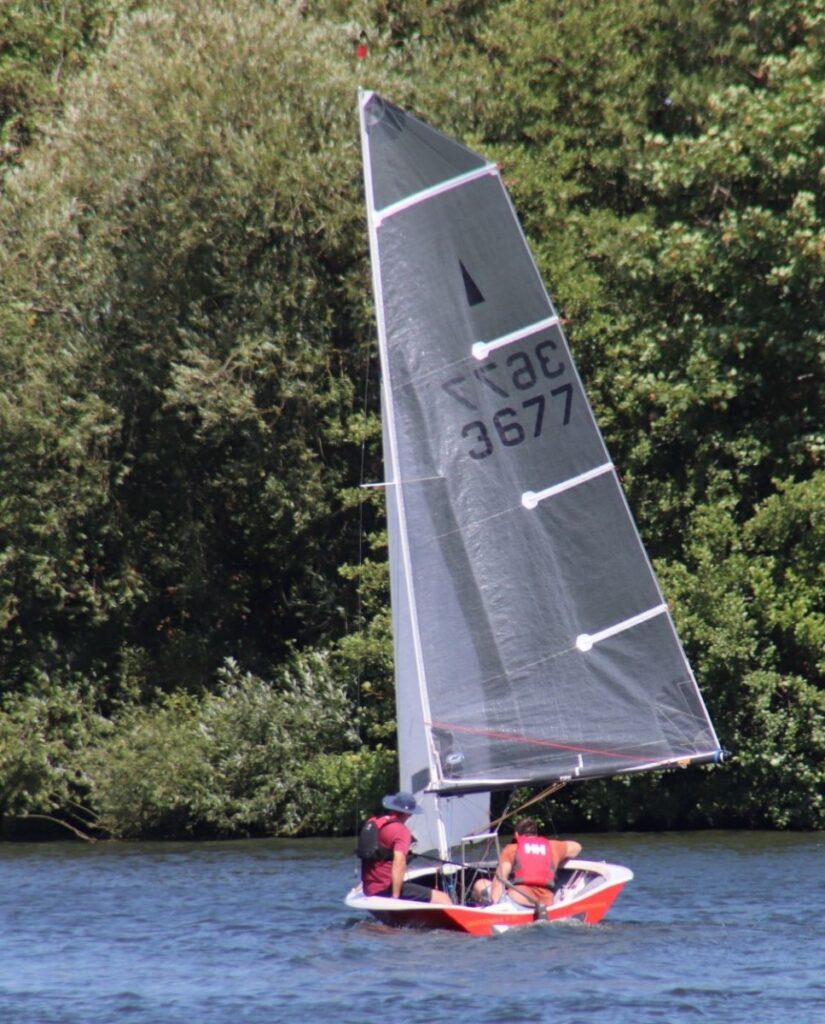 Tim Barr and Kevin in Indecision were the only takers in the Merlin fleet. 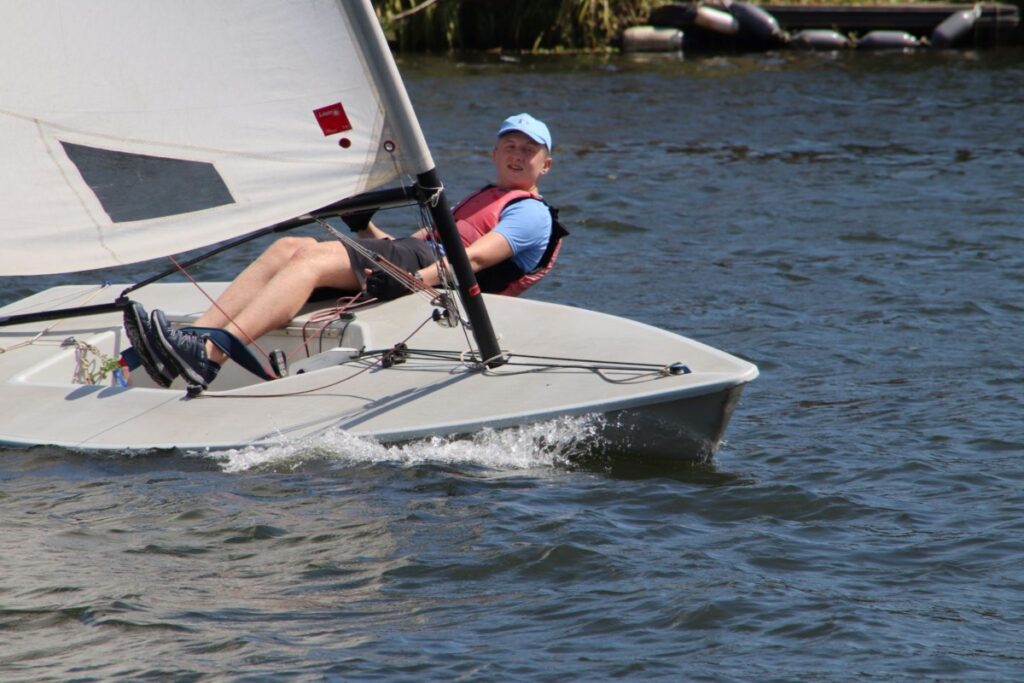 Three boats went out in the Laser race.  Matt Valentine led to start with but was overtaken by Marcus Chavasse, with Alexey Anatskiy third. 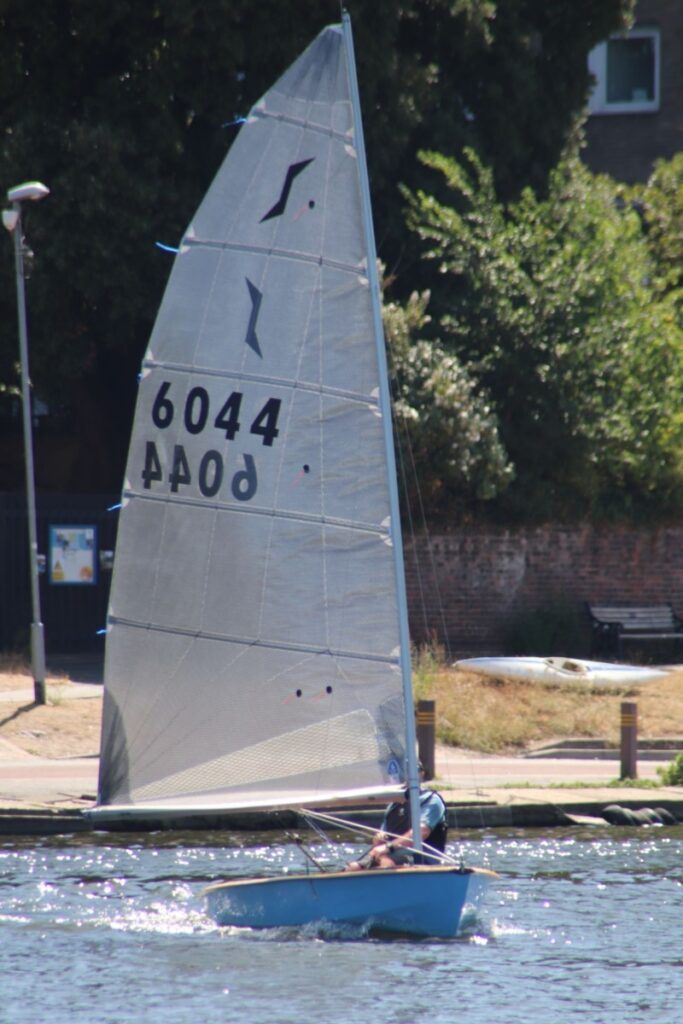 Joe McLaughlin tried out his very smart new Solo in the Handicap race. 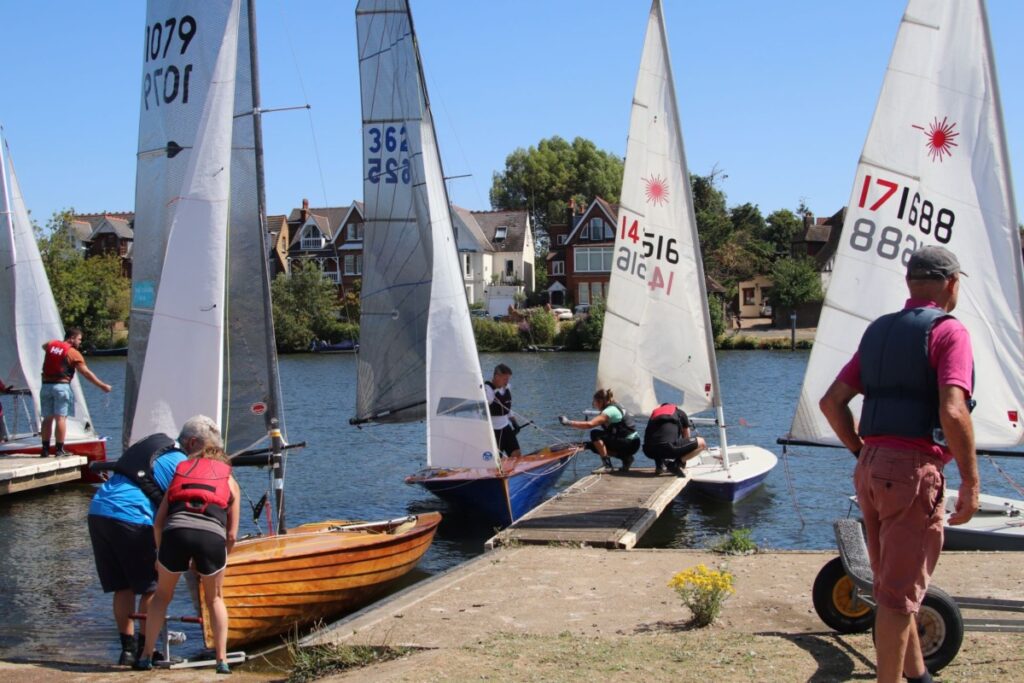 The turnout was much bigger in the White races, and the course was set above Stephens Ait to take advantage of the strengthening wind.  This led to inevitable capsizes in the Laser fleet.  Great for sailors and spectators alike. 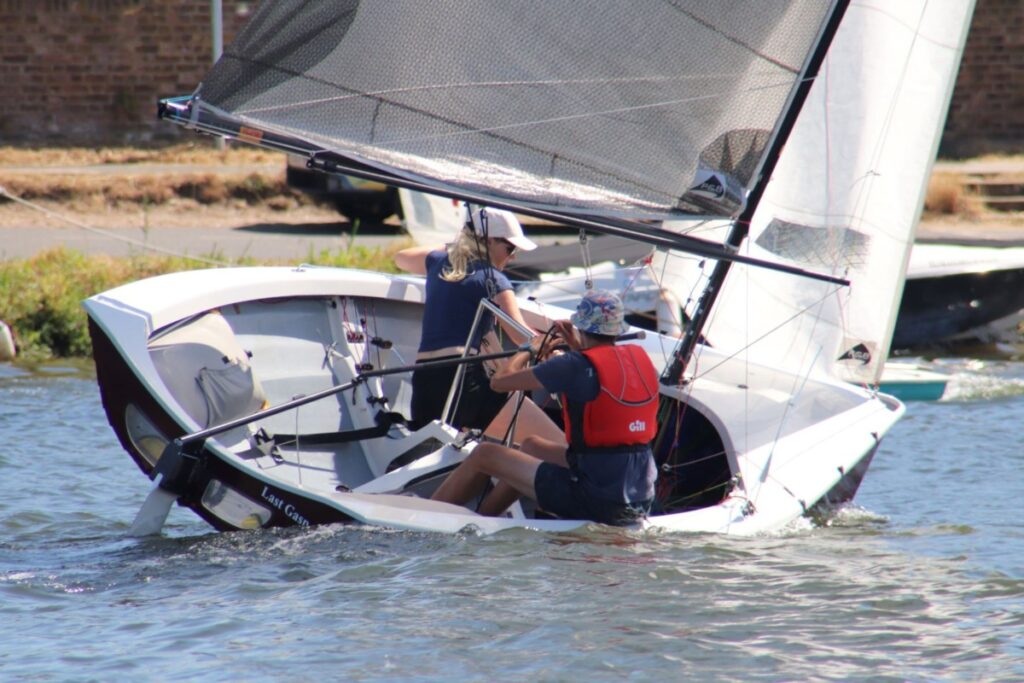 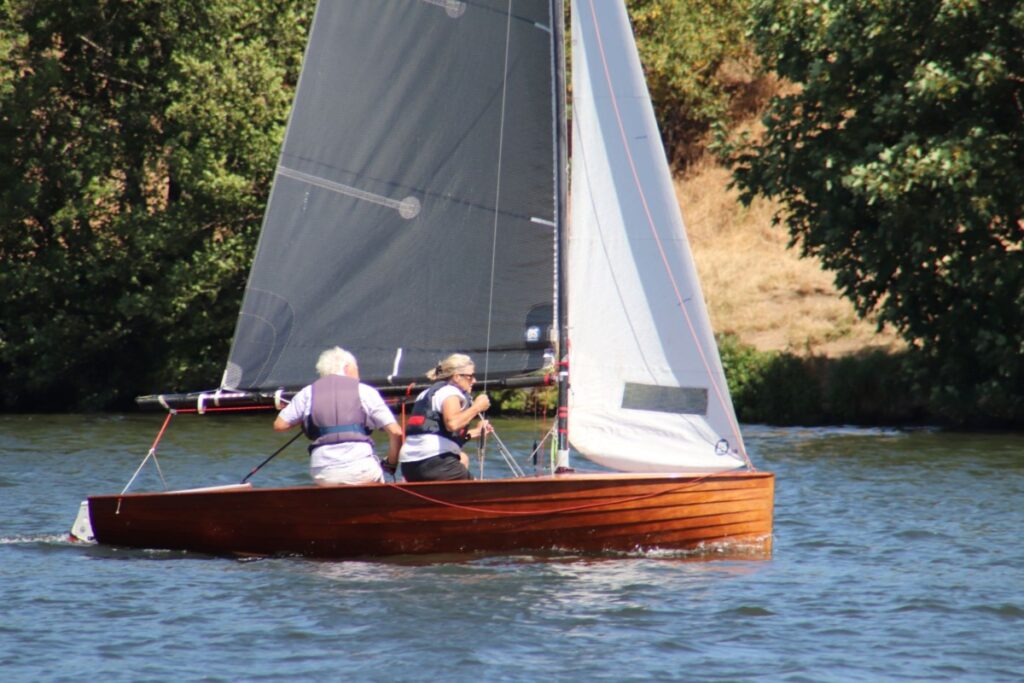 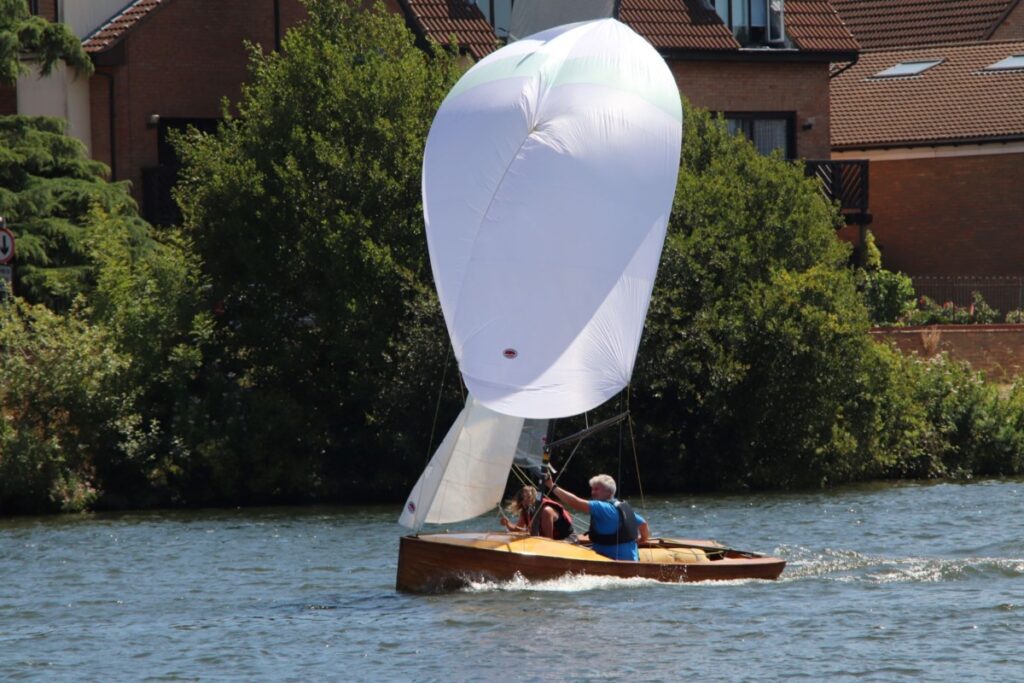 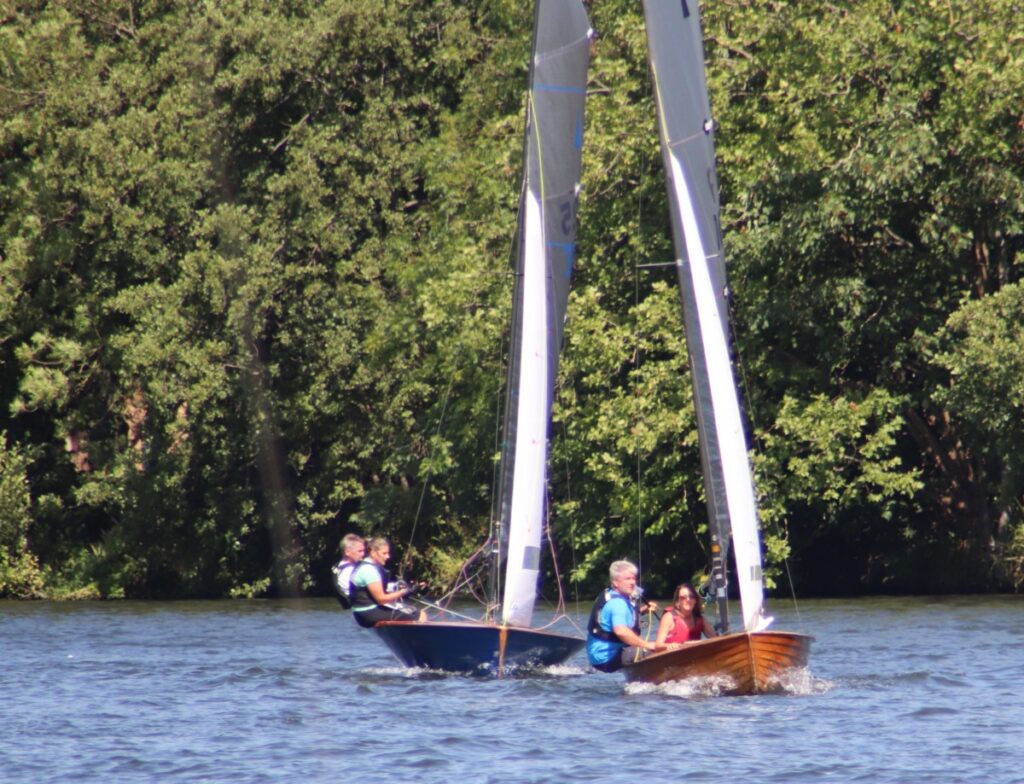 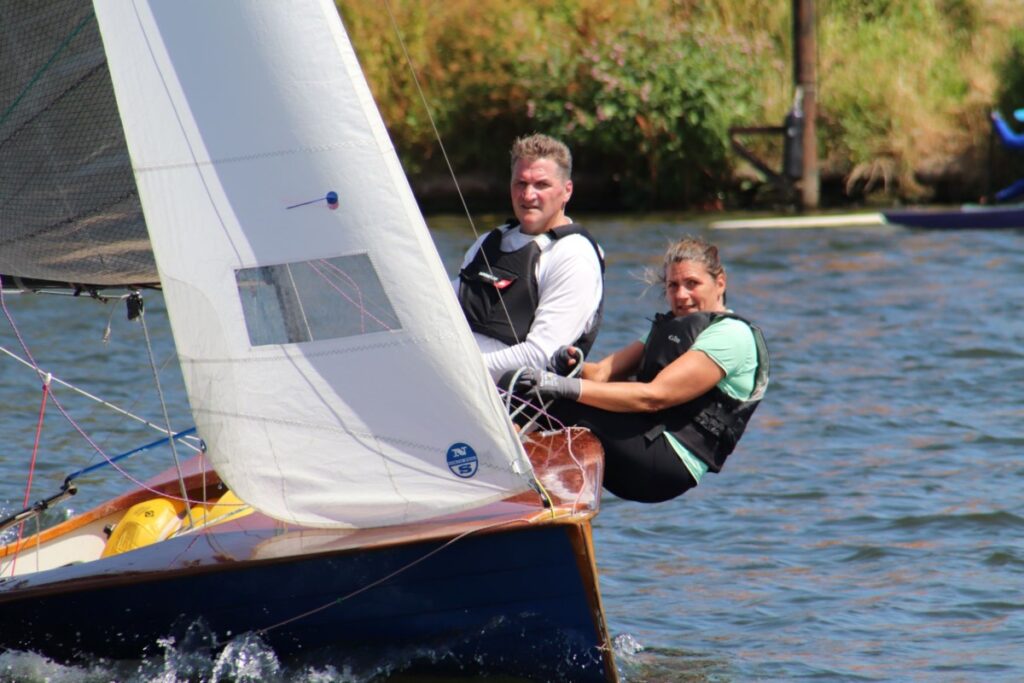 The Merlins were led from the start by Richard Harris and Emma Macdonald in Passing Cloud and Andy Harris and Sara Warren in Point Break close behind.  It seemed that Richard had nailed it right up to the finish line when Andy pipped him by a boats length.  David Baker and Barbara Adams in Chimp were third even without a spinnaker, Tim Medcalf and Jennifer Falconer-Hall fourth in Last Gasp. 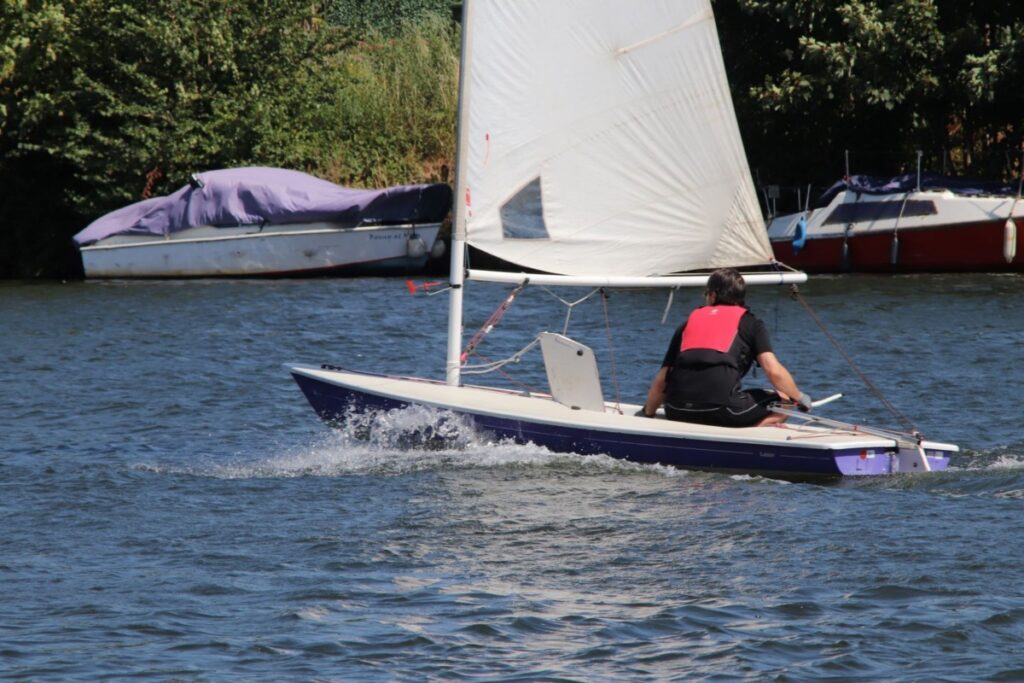 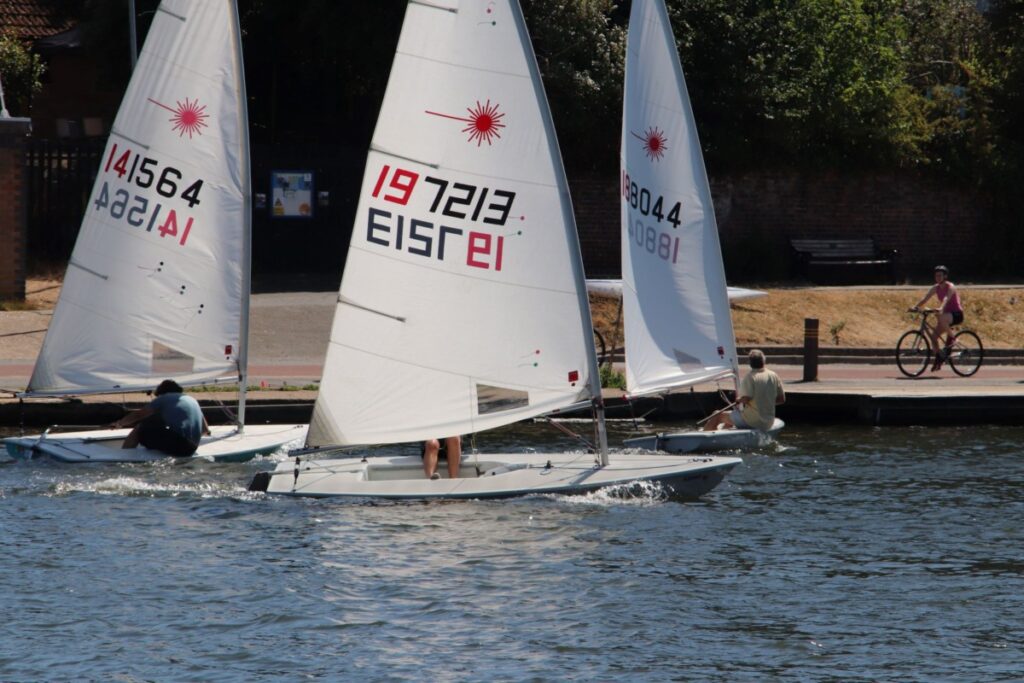 The Laser race was harder to judge.  Marcus Chavasse led most of the way, Jon Redding and Jason Stokes swapping places until the last leg to the finish when Jason slipped through, Jon coming second and Marcus third.

Thanks for organizing some great racing go to Chris Pollard and Caroline Stilwell in the box, Peter Bide, Charlie, Ken Duffell and Ron Williamson in the Patrol Boats.

The racing was followed by a sumptuous lunch of roast cod, Italian pasta salad with a basil and Parmesan dressing. Alternatively, there was an option for grilled chicken for those who don’t like fish and mozzarella for vegetarians. Dessert was Zabaglione served with raspberries and savoiardi biscuits. Many thanks to Alaphia, Chloe and Charlotte in the galley and Josie and David in the bar.

Report and photos by Carolyne Vines