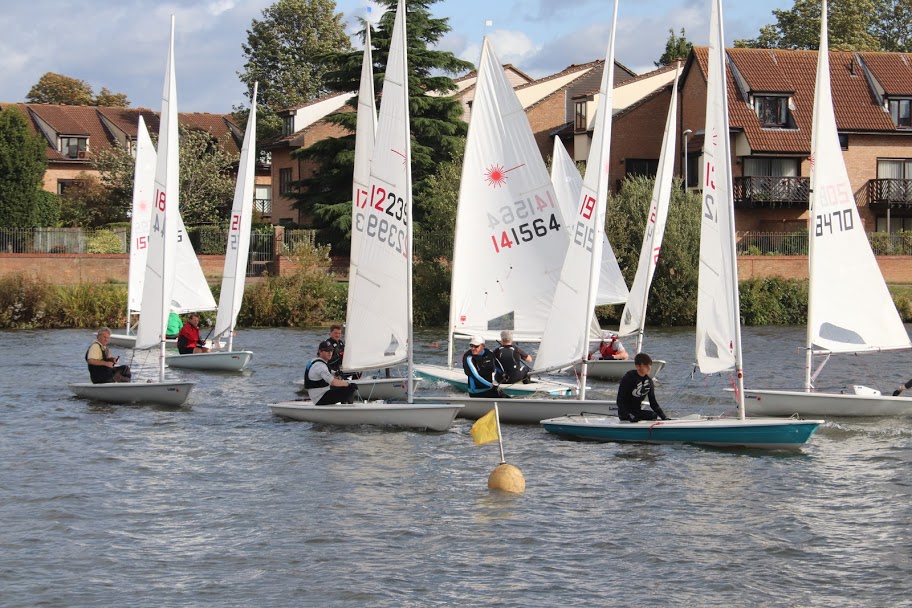 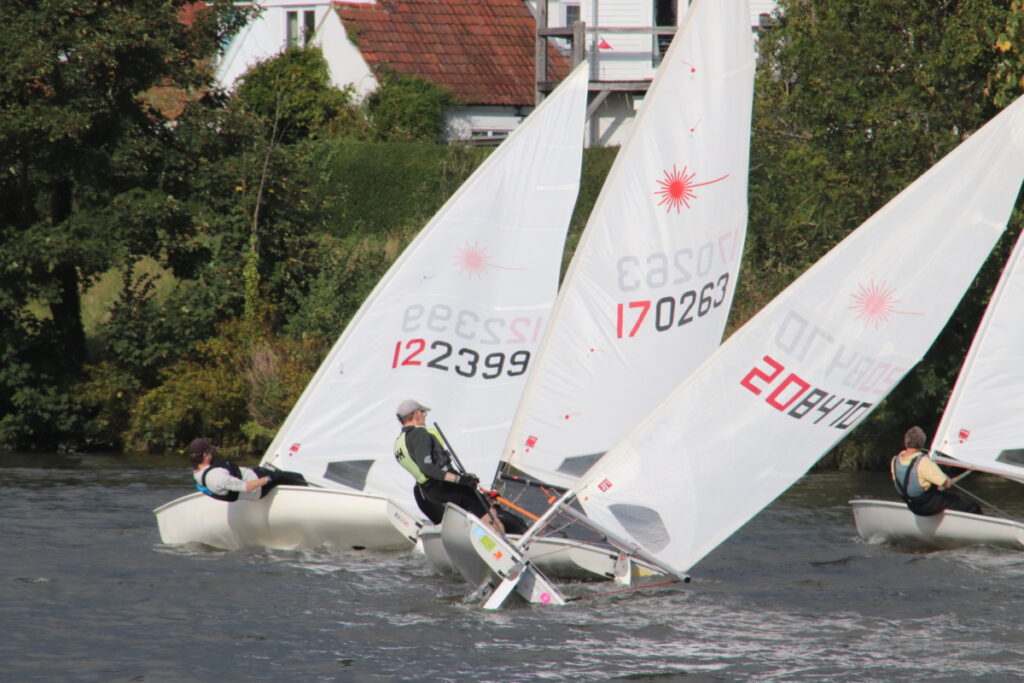 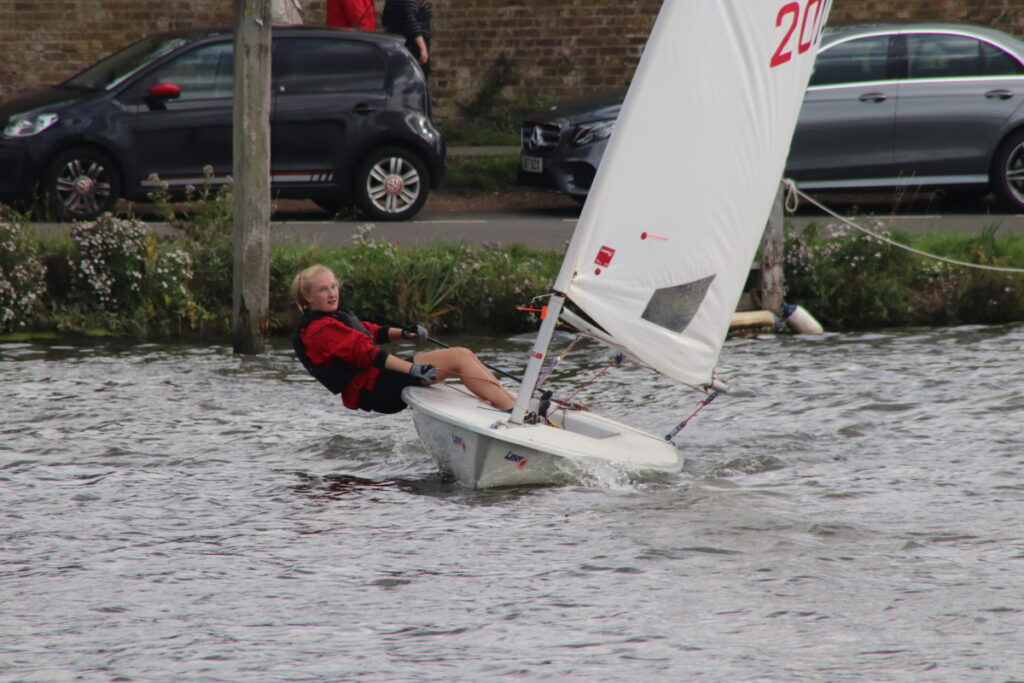 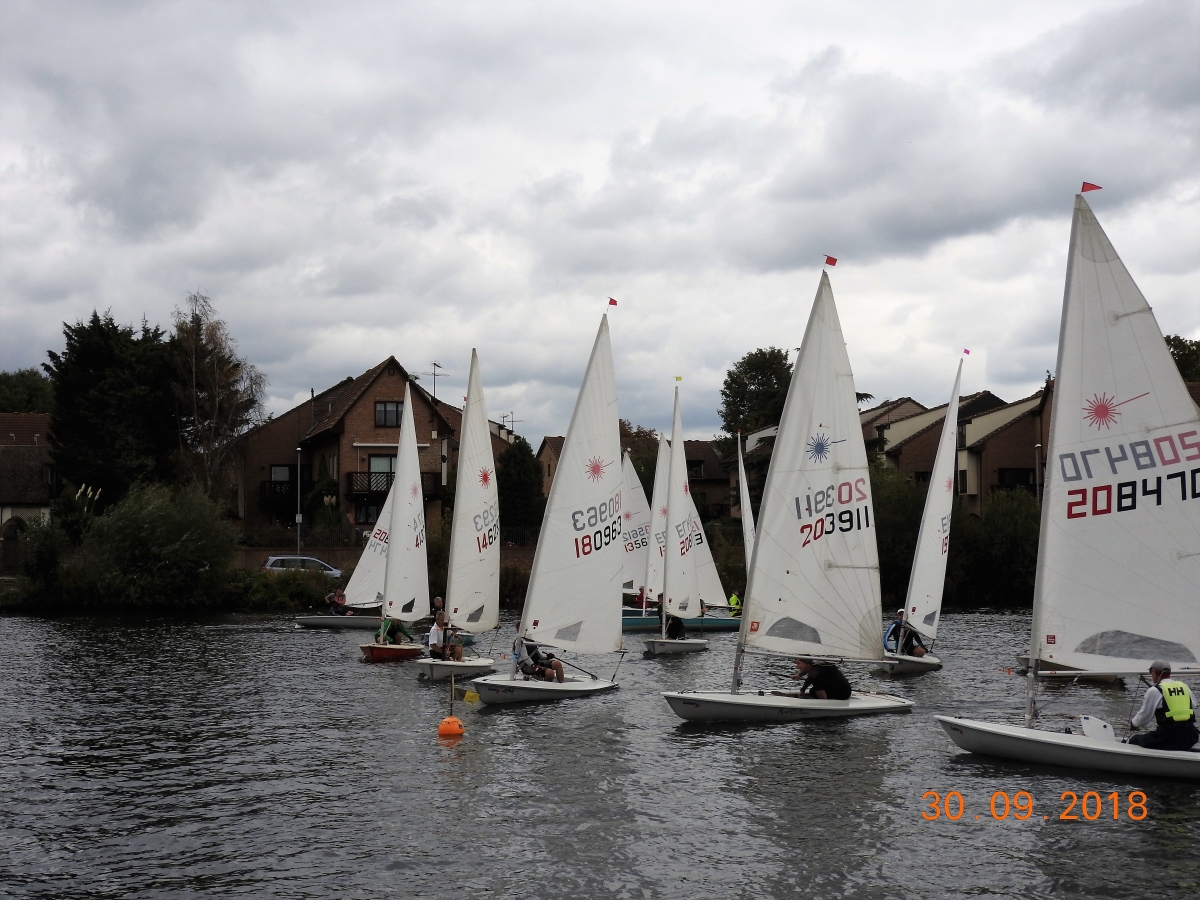 In one of the largest fleets in recent years, and in a borrowed boat too, Jon Redding returned to Tamesis after a year’s break to win the Laser Barometer open meeting again. However, he didn’t have it all his own way – with competition from Andrew Harris, who won the third race, and last year’s winner, Marcus Chavasse, winning the second.

In generally northwesterly winds that varied between light and good, Officer Of The Day, Matt Peregrine-Jones, aided by Joe Woods, set a medium-sized down and up course from a little above Lensbury to close to the island. 17 boats entered, including several from Lensbury, and a novice racer, Alden (who did very well, in at times very difficult and gusty winds).

The first race saw Jon Redding triumph over Richard Harris and Andrew Harris (who had a chance of a win, but for an unfortunate capsize just before the finish), with Commodore Carolyne Vines coming in 4th.

The second, after lunch, had Marcus hold onto the lead he held from the first lap, with Jon Redding taking second, Alan Davidson from Lensbury 3rd, and Richard Harris in 4th.

The final results for the Barometer were: