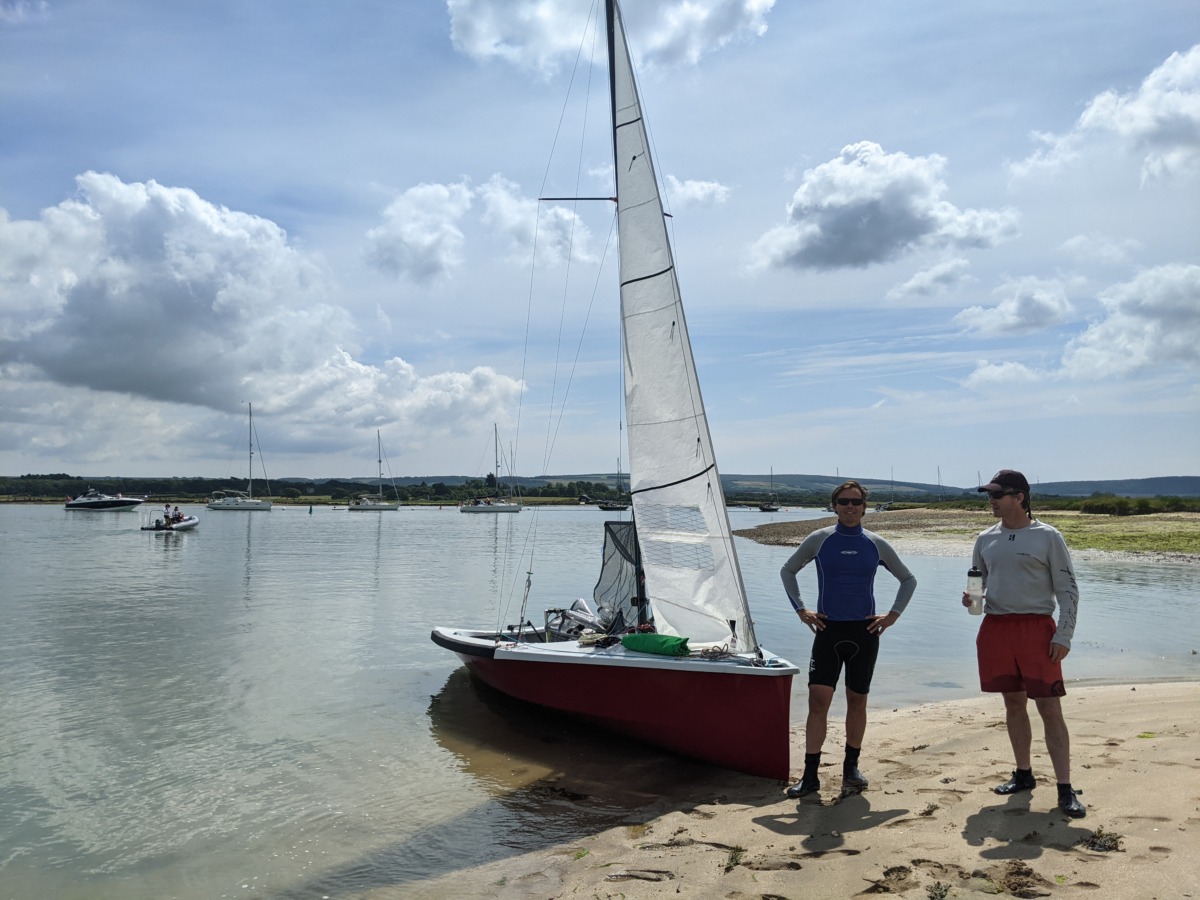 Another year another postponed National 18 Championships in Cork, again due to the pandemic. We look forward to heading to Cork next summer, and to celebrating Royal Cork Yacht Club’s 300th anniversary, but in the meantime Jeremy Vines, and co-host Max Vines, put on an alternative of equal importance… the newly formed ‘New Forest Rally’, with the coveted ‘The New Forest Pony’ trophy up for grabs.

Sailing out of Lymington Town Sailing Club, the format was several races on Monday 2nd August, a cruise to Newtown Creek on the Island of Wight Tuesday, more races in the afternoon on Wednesday, and then taking part later that day in Lymington Town’s evening race.

The racing was in the most part between N18s 421 Optimus Prime (a.ka. OP) – Matt PJ (helm), Pete Impey (wire), and me (middle) – and 424 Ace – Ollie Houseman (helm), Steve Watton (wire), Jeremy Vines (middle, tactics, wisdom, guile, hiking, approvals, disapprovals, local knowledge, some rope work). For the Wednesday evening race we were joined by some good local friends of Jeremy’s sailing N18 400, Odyssey, which having been looked after with great care by Jeremy was sailing well.

Great Monday racing between OP and Ace out in the Solent, with Ace taking 3 of 4. In charge on the committee rib – ‘Chutney’ – were Carolyne Vines and Henry Defries who joined for the day and evening meal. Big group dinner in the Mayflower pub later. 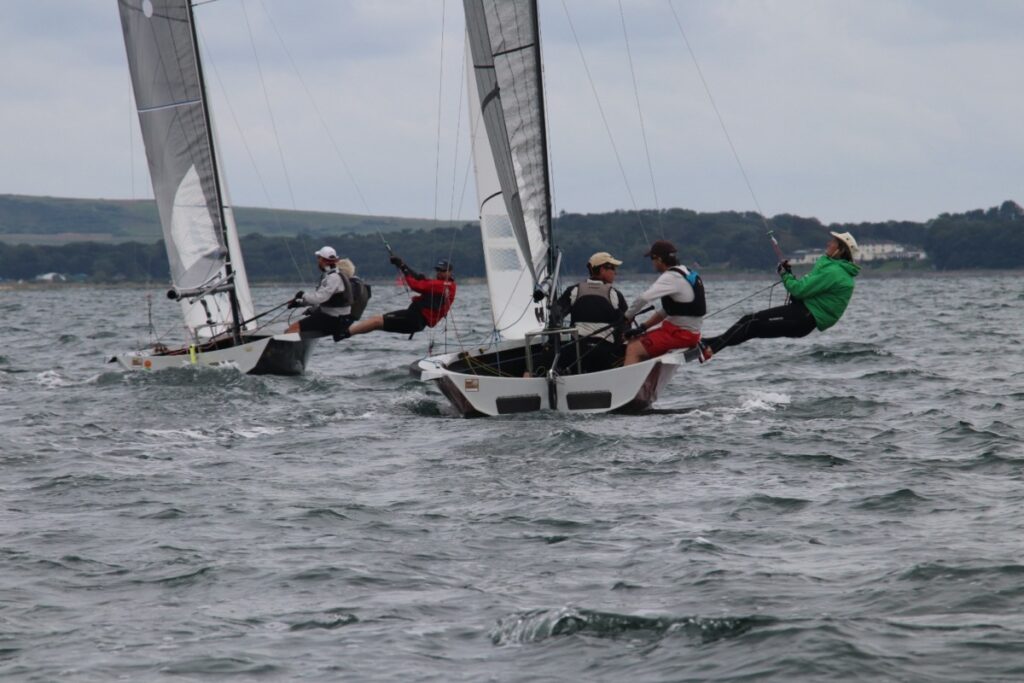 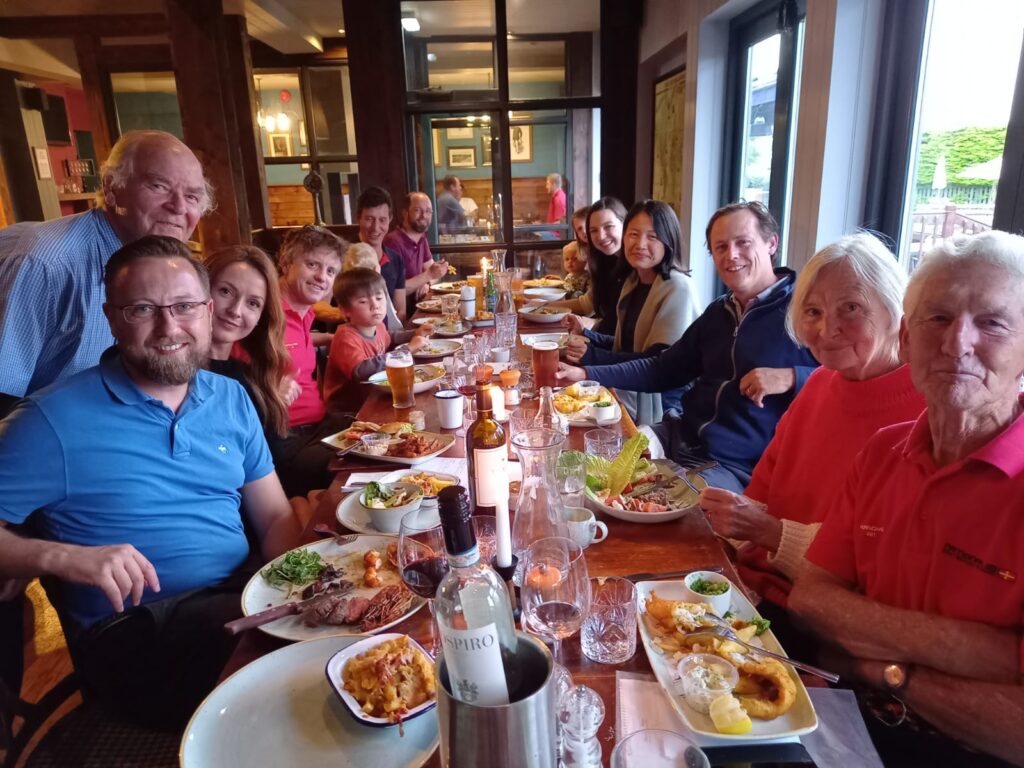 Tuesday’s cruise to the Newtown River was just fantastic, and probably our only ever experience of sailing an N18 to actually get somewhere, although light winds meant we required a tow from Jeremy’s Dufour 34, ‘Pickle’. Pulled boats up on to the beach and had a beer and picnic lunch. Sailed back to Lymington when wind picked up. Saw seals, sun shining. 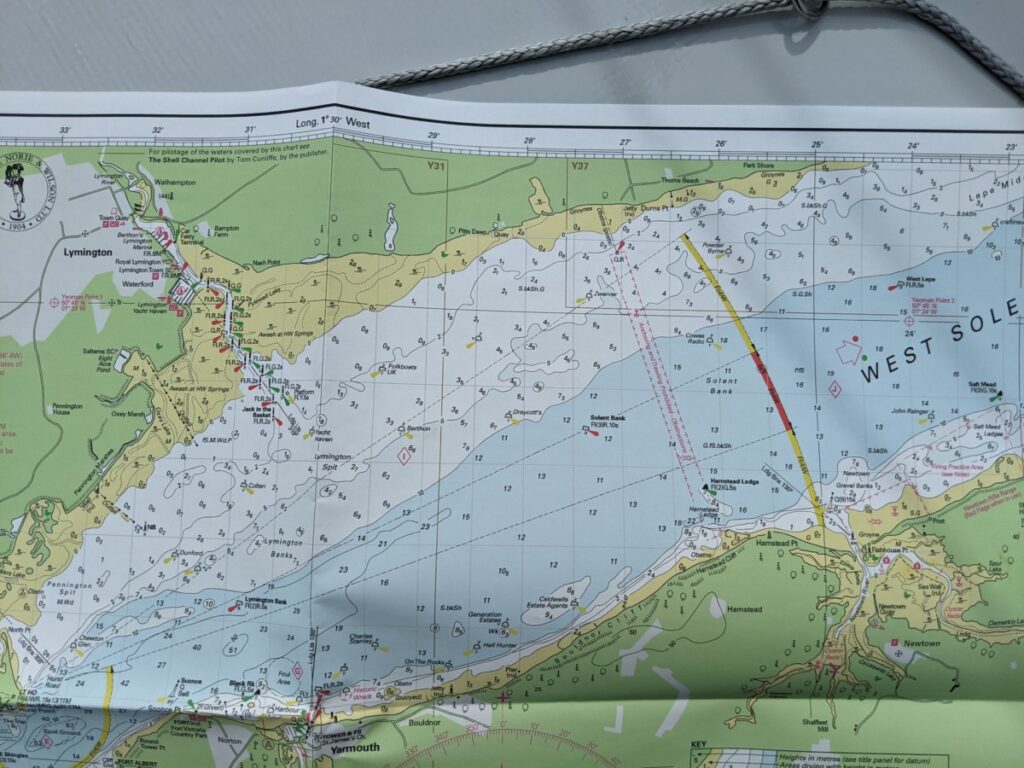 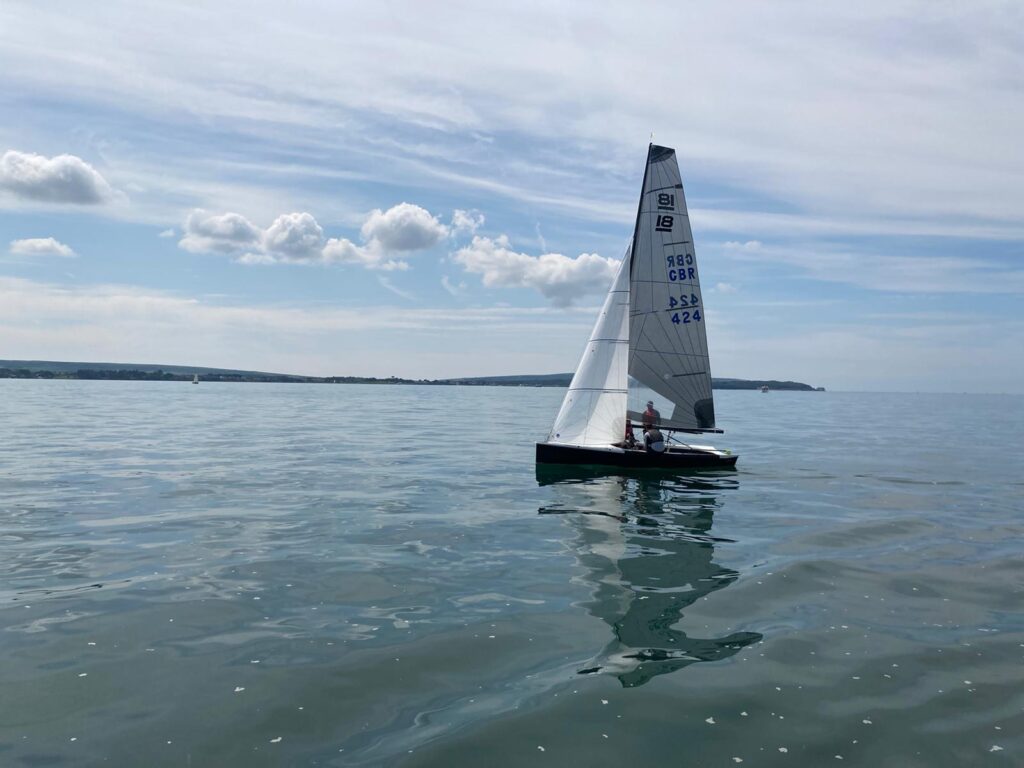 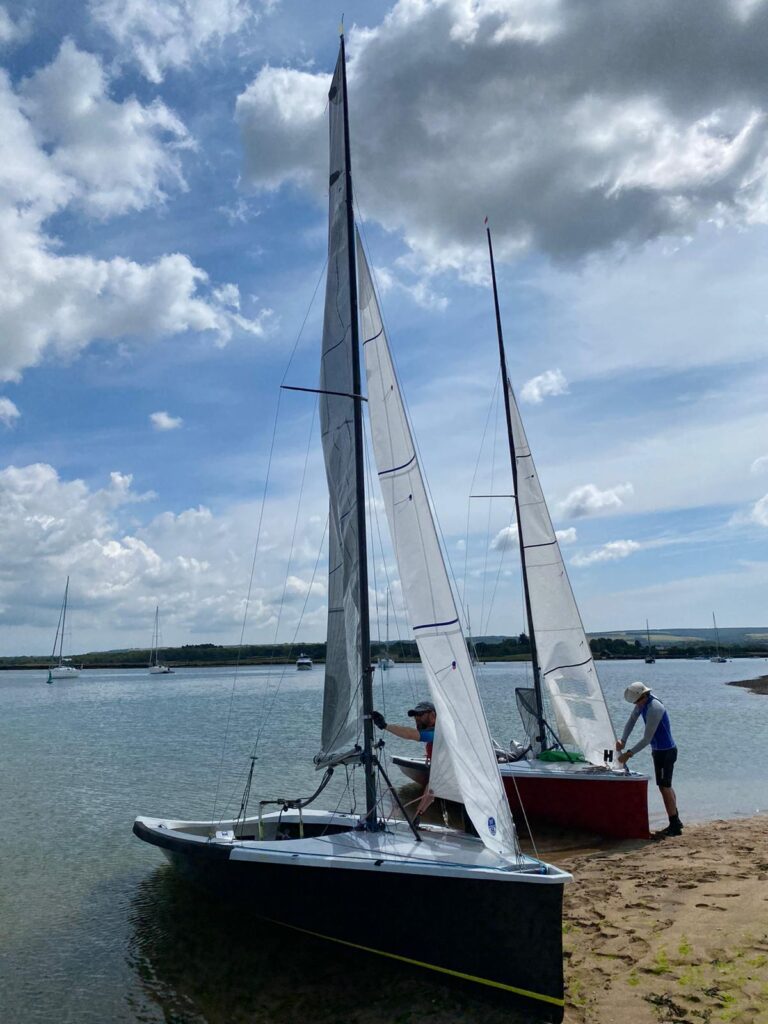 Wednesday racing between OP and Ace went to Ace again. Evening race Ace was out of sight of OP and Odyssey, but fantastic to join other Lymington dinghies out in the Solent, with start and finish lines almost directly in front of the clubhouse. When adjusted for handicaps, Ace came 3rd out of 12 Lymington boats. Great result. 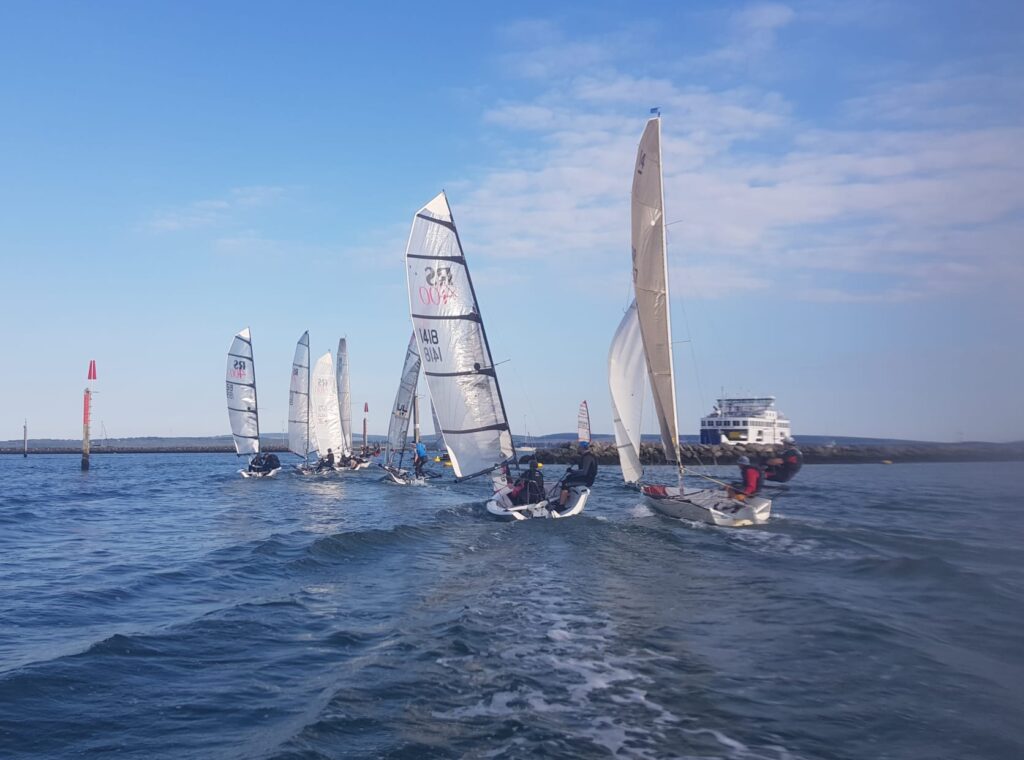 With points collected, Ace were crowned New Forest Rally champs, with the ‘Pony’ as their prize. 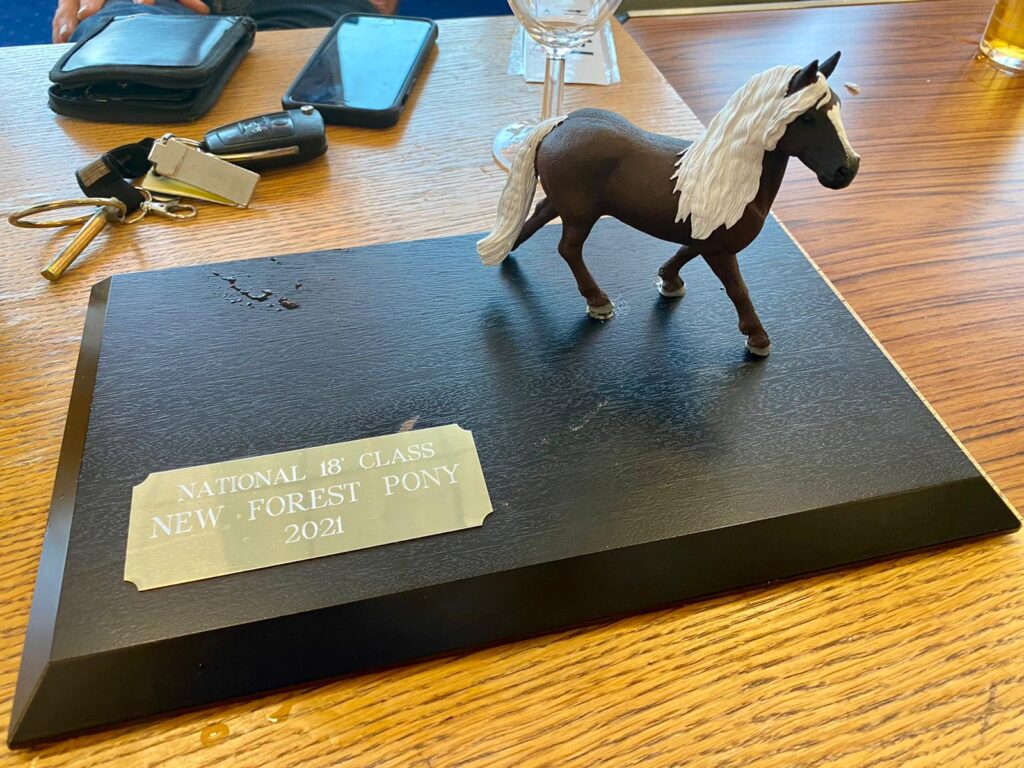 There was much chatter about how a weekend trip to Lymington could form part of a yearly schedule of England National 18 events. Was a brilliant trip, extremely well hosted by Jeremy and Max, and of course sailing out of the Lymington River in to the Solent on a National 18 is always quite something. Hoping to return next year.

Thanks again to Jeremy and Max, and close relatives, for putting on a great event and providing places for us all to stay. 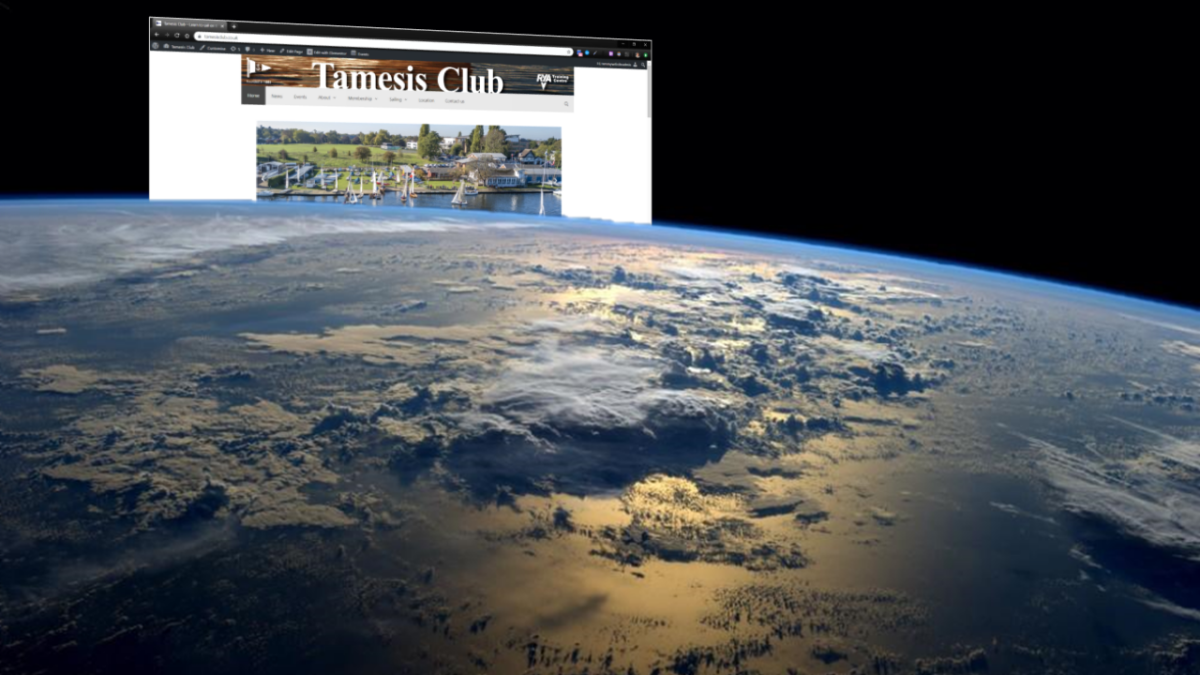 We’ve decided to make use of Thursday 5th December’s Club Supper and Talk night to have an informal discussion about all things Development and Tech at Tamesis Club.

So we thought it would be a good idea to share what we have, talk about how we can use it better, and come up with ideas on what we could be doing in future. We’re sure there are many ideas out there just waiting to be tapped in to make the club even more exciting for members and future members alike.

Kaan will keep the evening ticking along and with the help of others will provide demos and discussions on the following areas:

Lastly, this is a bit of a tester, and assuming we find it useful will be looking to do something similar again in February as we gear up to Spring and Summer seasons.

So please join us for this informal evening of looking in to the future, and of course dinner!

Melanie Petersen, member of Tamesis is also one of the contributors to the Richmond Talking Newspaper.  She sat down with Brian Southcott one Sunday lunch time a few months ago, and recorded the interview which can be picked up on the link below.  Have a listen.  It’s very interesting.

To hear the article, click on the image or link below and then click on “Tamesis Club” link. 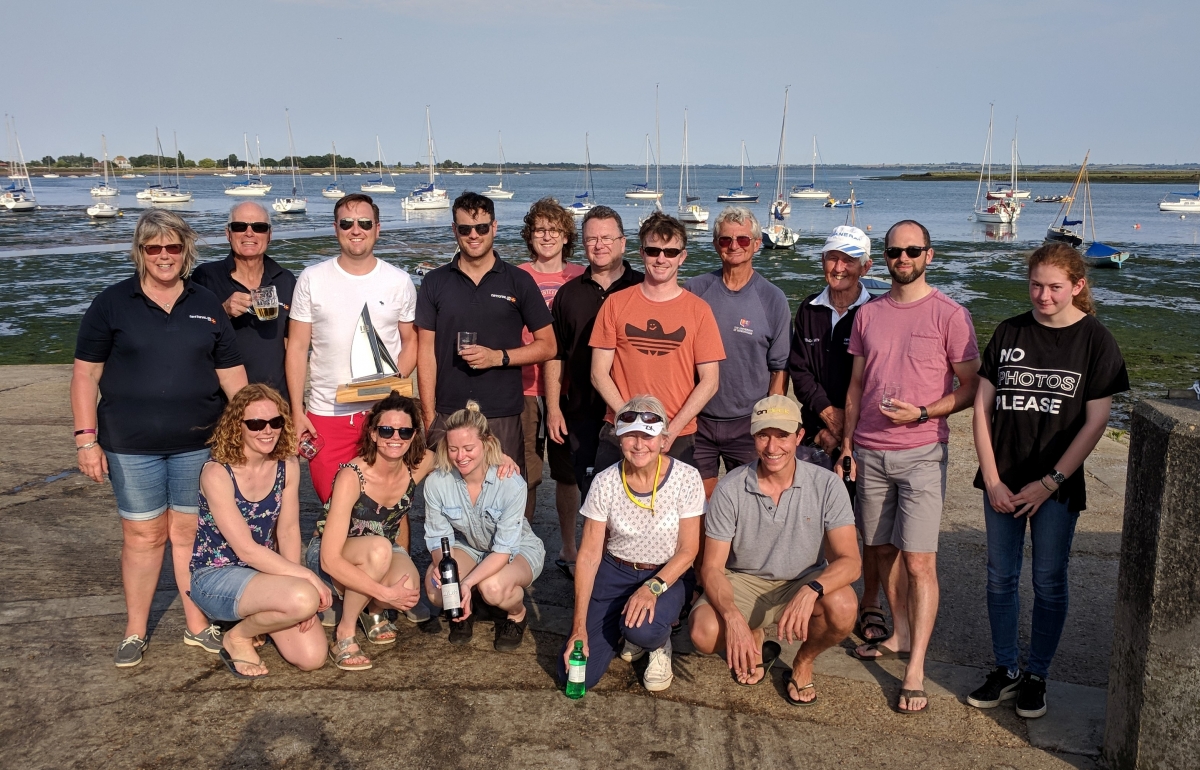 It was another fantastic National 18 Open at Blackwater Sailing Club this weekend, with a hot five way N18 Ultra battle for the coveted “National 18 English Trophy”.

Matt, Pete Impey, and I were hoping it was going to be a 6 way battle, but alas Tamesis Club’s latest N18 – 421 Optimus Prime – was not quite out of the builders in time to join in. That said, Matt got a middleman place on 417 Second Chance, and I got a bit of time on 401 Hurricane on the Sunday with Olly and Steve. It was also blowing pretty hard on the Saturday so perhaps getting a new boat and immediately smashing it in to the shallow waters of the Blackwater probably wouldn’t have been a great idea.

The racing was excellent with strong winds and an ever shifting tide providing plenty of opportunities to get ahead of the other boats. For instance, on the Saturday we all watched in awe from the committee boat as Jess Berney quickly gained several places by going up on to the plane while sailing close to the wind on the downwind leg to race past the others. However, the strong winds made for excellent viewing in the third race as Jess (in Panther) jibed and then capsized, only for Olly, Steve, and Jeremy to then jibe and capsize a few seconds later! This allowed 417 Second Chance to take over having chosen to drop their spinnaker before all of their jibes. That was wise and got them the win in the last race that day.

Although Olly, Steve, and Jeremy had recorded two wins on the Saturday, Sunday was still a challenge, and with only two races to battle it out. Panther won the first race with Hurricane coming second and for the second race Hurricane slipped back to fourth with Second Chance hauling in Panther to take the win. However, will all points, wins, and capsizes accounted for, Hurricane took the least points with Olly, Steve, and Jeremy duly picking up the trophy.

The weather, wind, and temperature were perfect, with Blackwater SC playing excellent hosts once more – and you really won’t get a bigger and better BBQ anywhere (apart from perhaps at a Tamesis Club open day!).

Thanks to Sheena and Juilan Berney for being such great hosts and ensuring a great turnout and great event.

We hope to get even more N18s to Blackwater SC again soon, and of course for next year’s Open.

Lastly, remember it’s the National 18 Champs at West Mersea starting from Sunday 15th July. Do come by to see the racing and of course enjoy the evenings 🙂 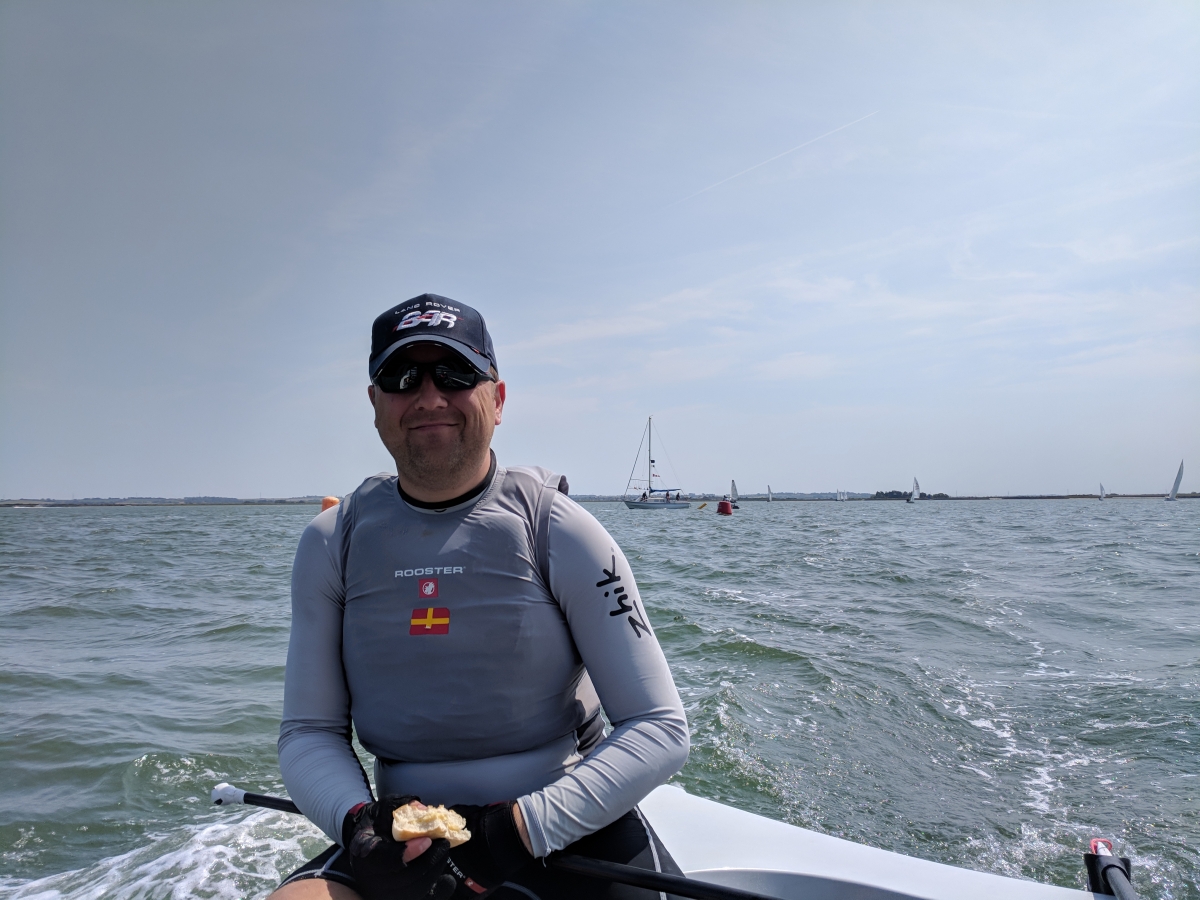 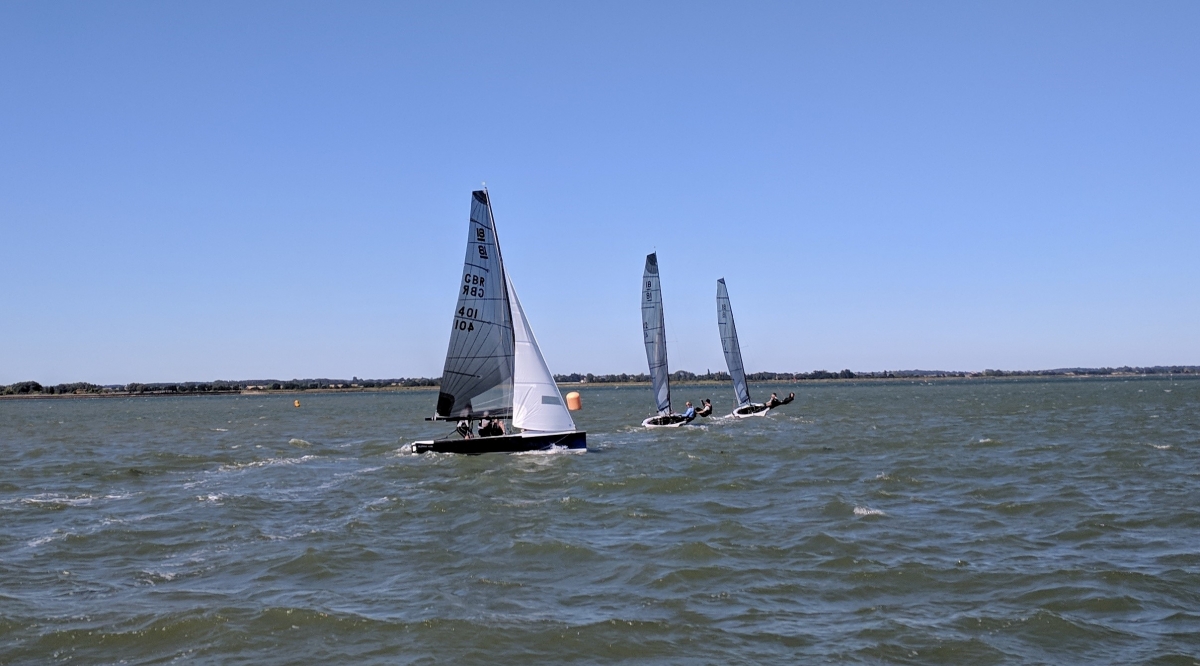 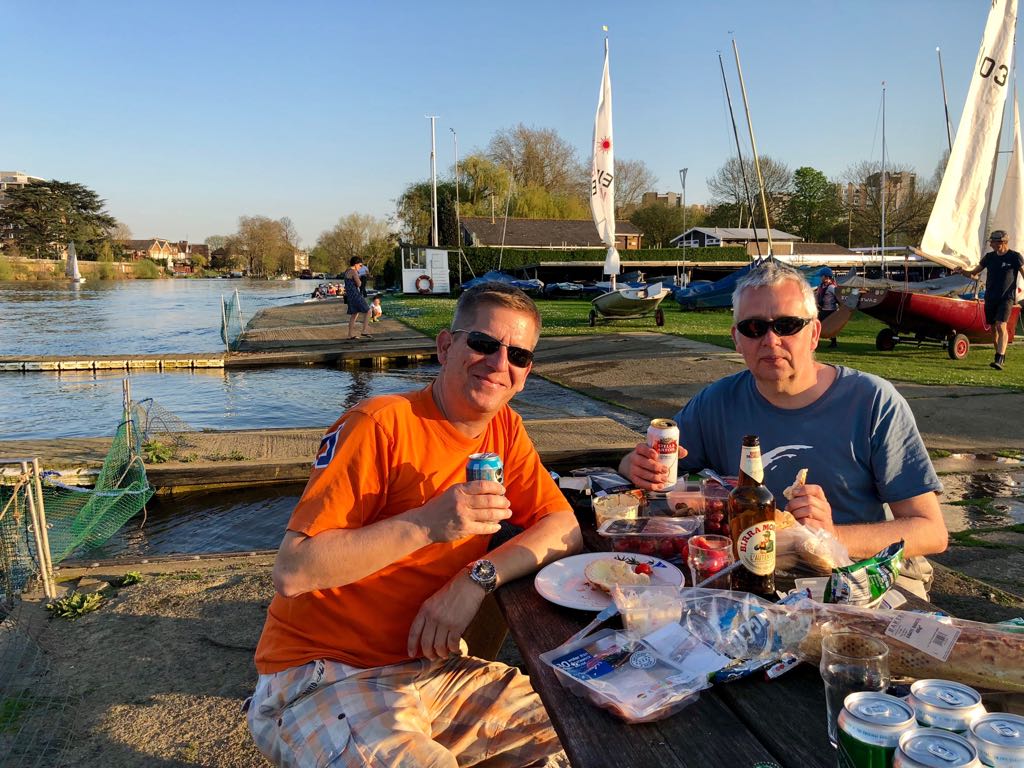 Thanks for all the bread and cheese Florian! 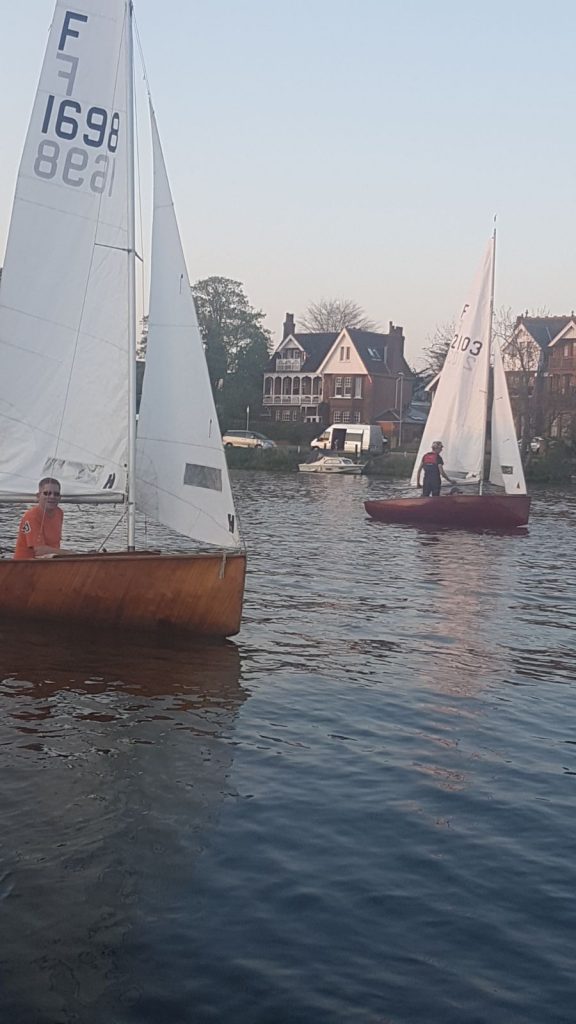 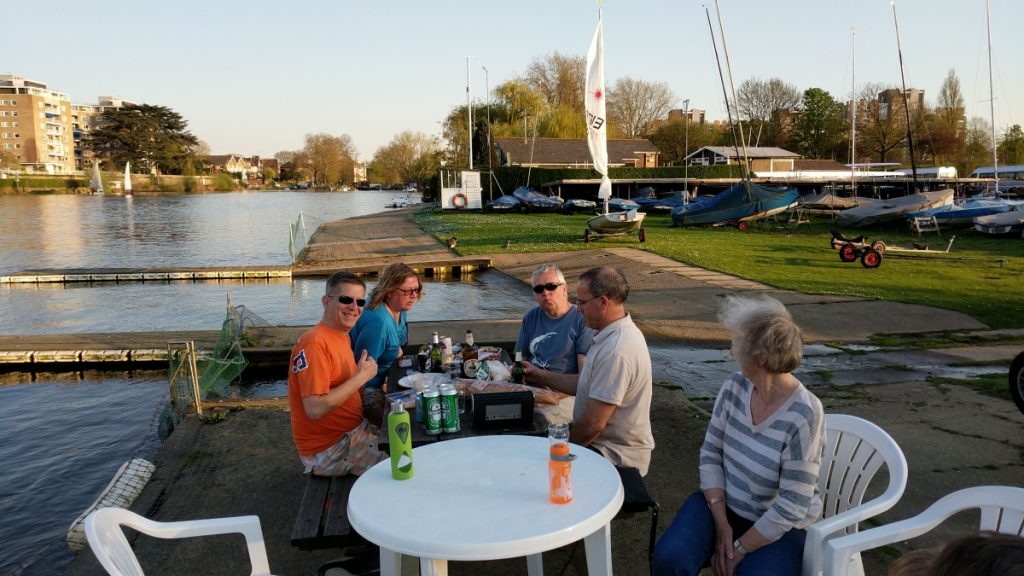 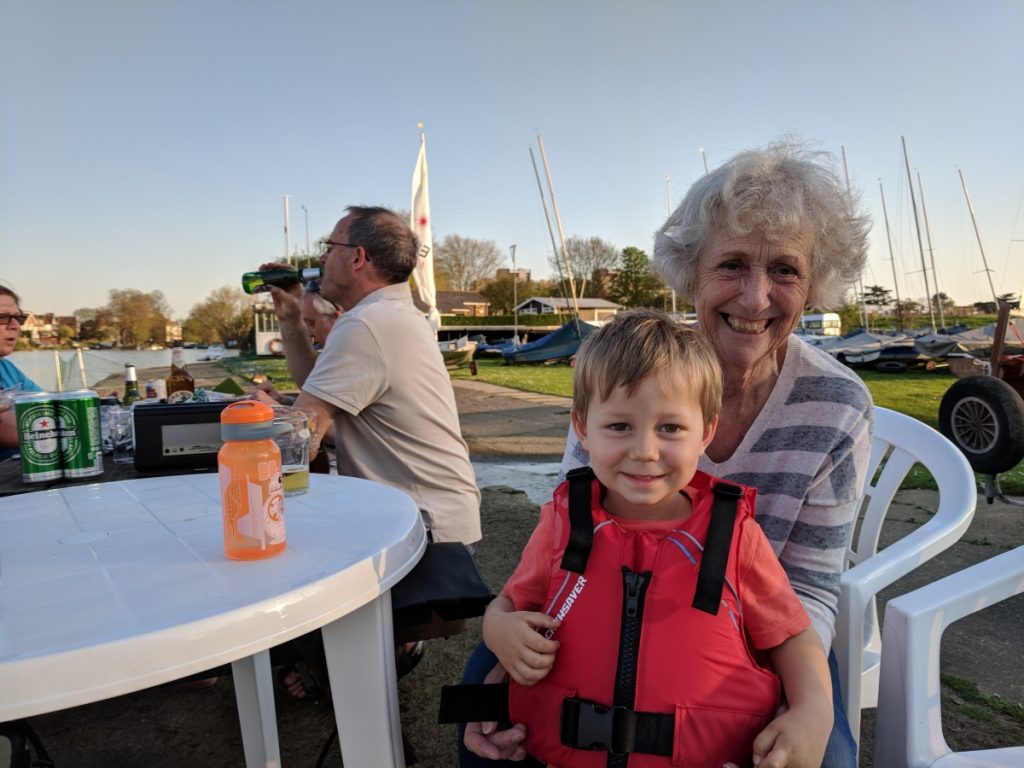 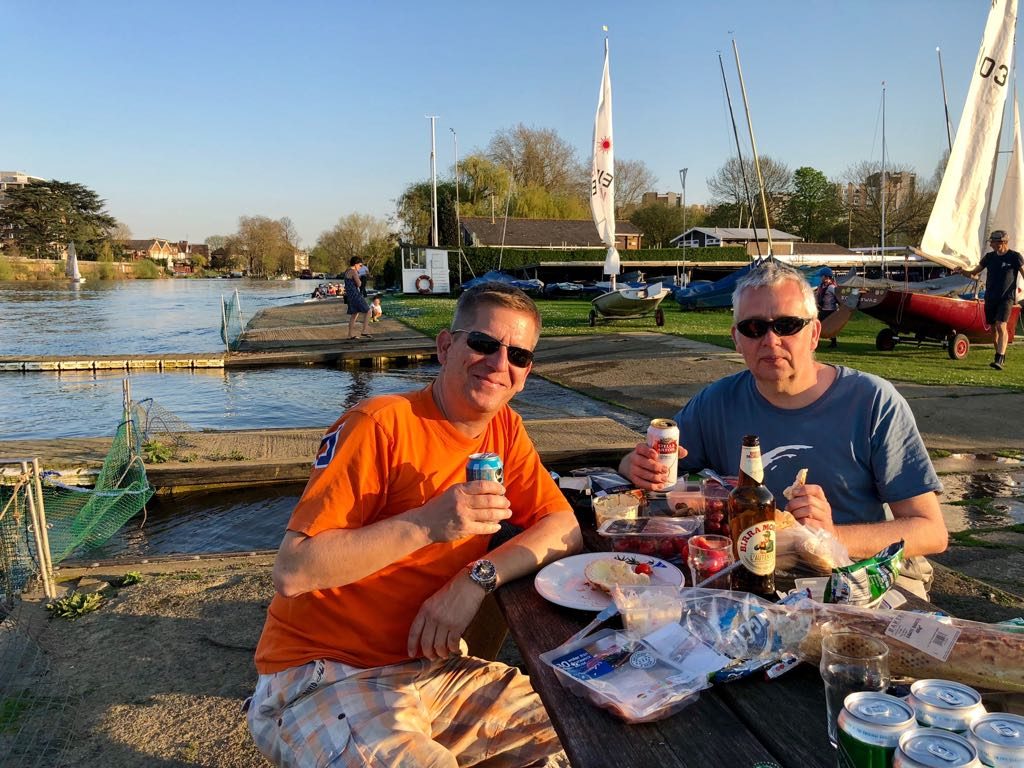 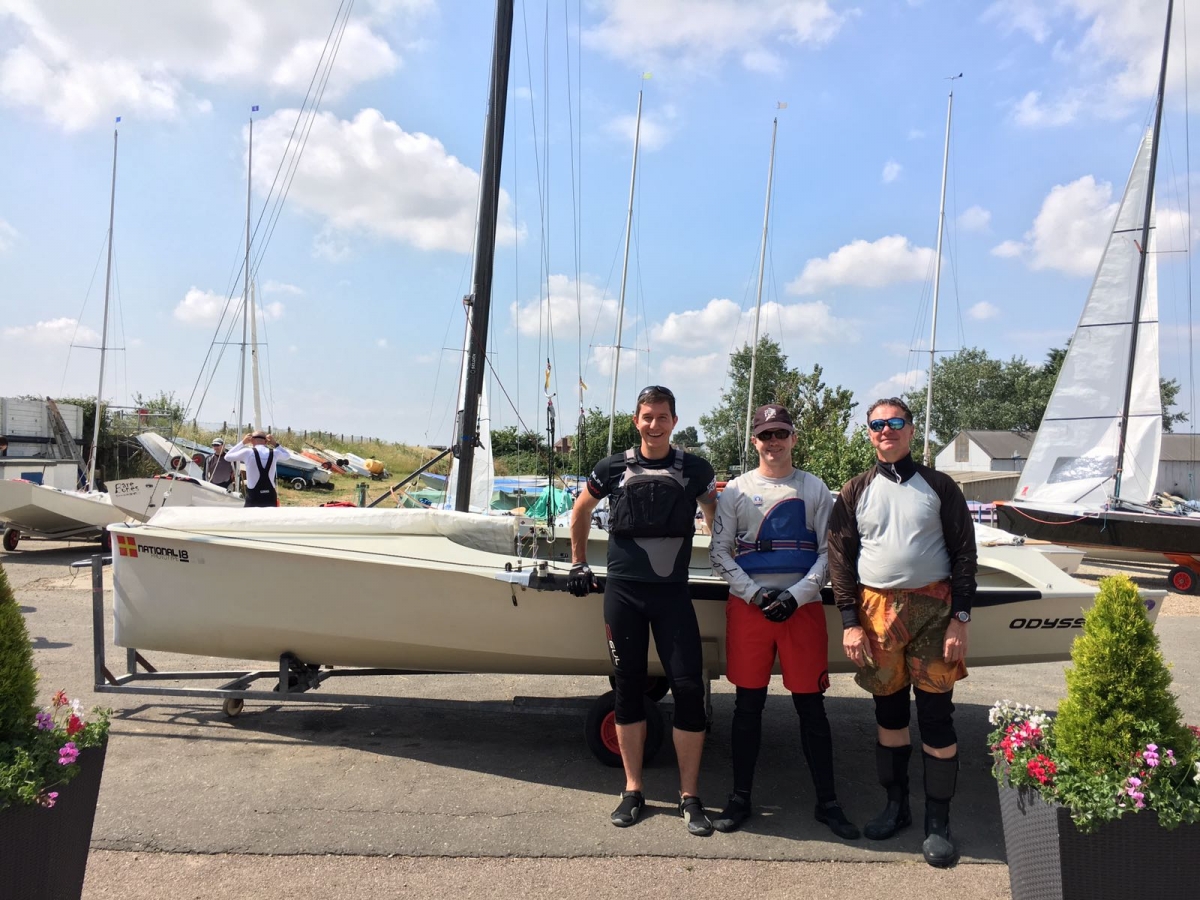 The 18’s were made very welcome by the Club over the weekend of the 7/8 July. Apart from great hospitality the visitors were provided with excellent weather. Saturday’s light conditions were followed by a solid planing breeze on Sunday. Five races had three different winners, but in the end it was Jess Berney’s Panther that prevailed overall.

NOTICE!!!!: JEREMY VINES LOOKING FOR 1 CREW FOR N18 CHAMPS AT HAYLING
Mon 24th July and Tues 25th, and a crew for Thurs 27th and Fri 28th (the Wednesday is a lay day in the new format).
Any takers for either slot welcome! Sleeping space provided.

The owners have reluctantly had to put Genevieve up for sale.

The very low price reflects the wish for the boat to remain at Tamesis. 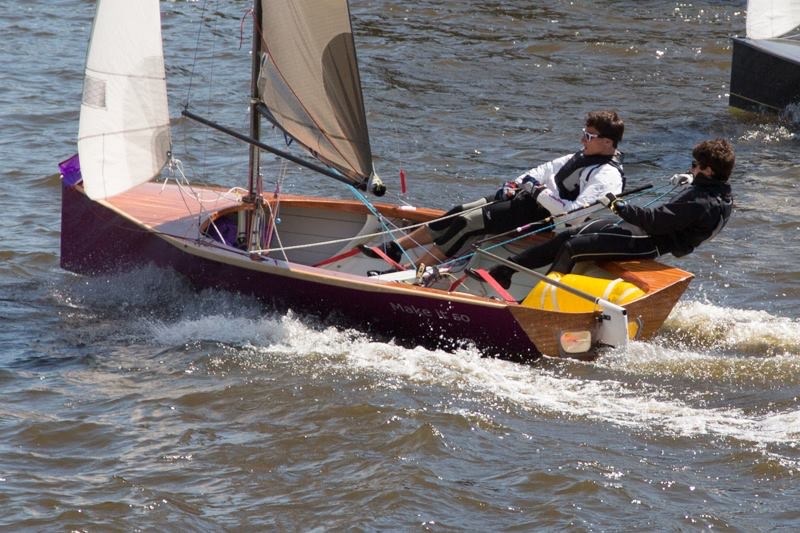