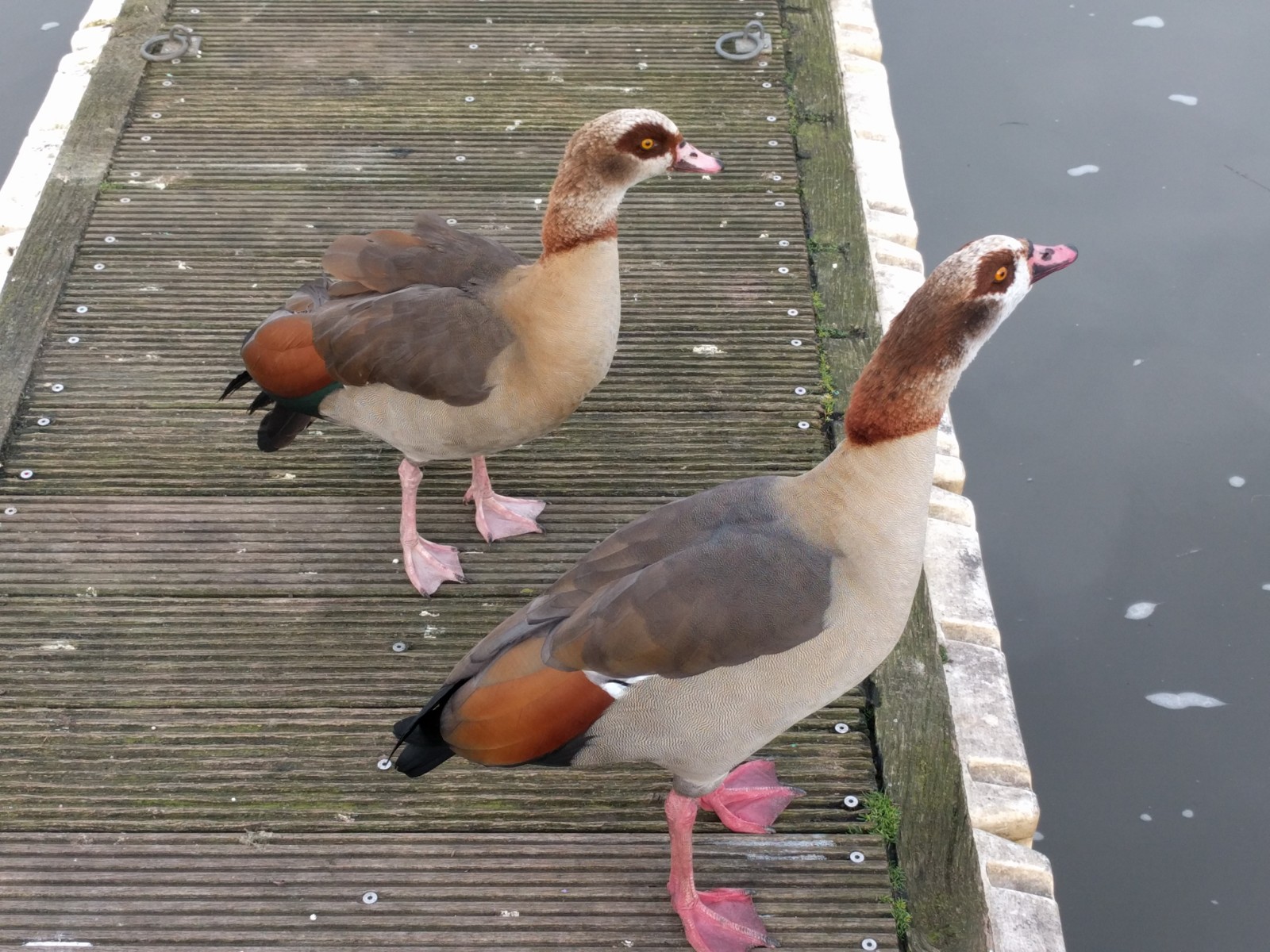 A Tamesis finger jetty comes in handy for springtime shenanigans. Have they no shame? 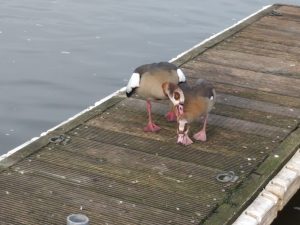 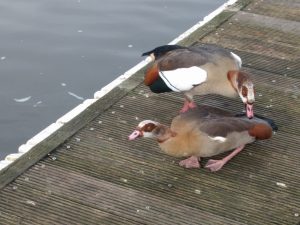 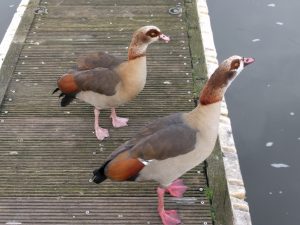 Maybe some Egyptian duckling/goslings on the way? 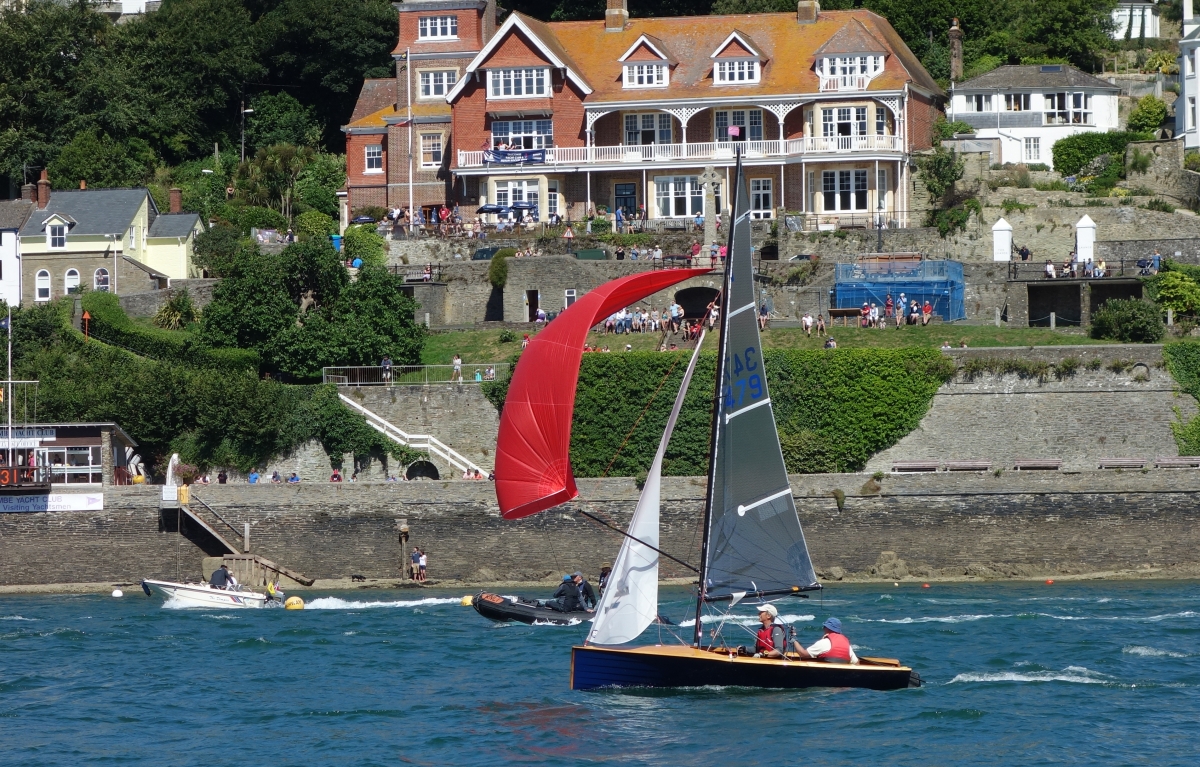 Richard and Harry Harris, and Andrew Harris with crew James Warren prepare to launch from Mill Bay. Rupert and Peter, and Ken and Joe (3606) run south past the clubhouse. Zoe in a quiet moment with John, giving crew Neville a day off. 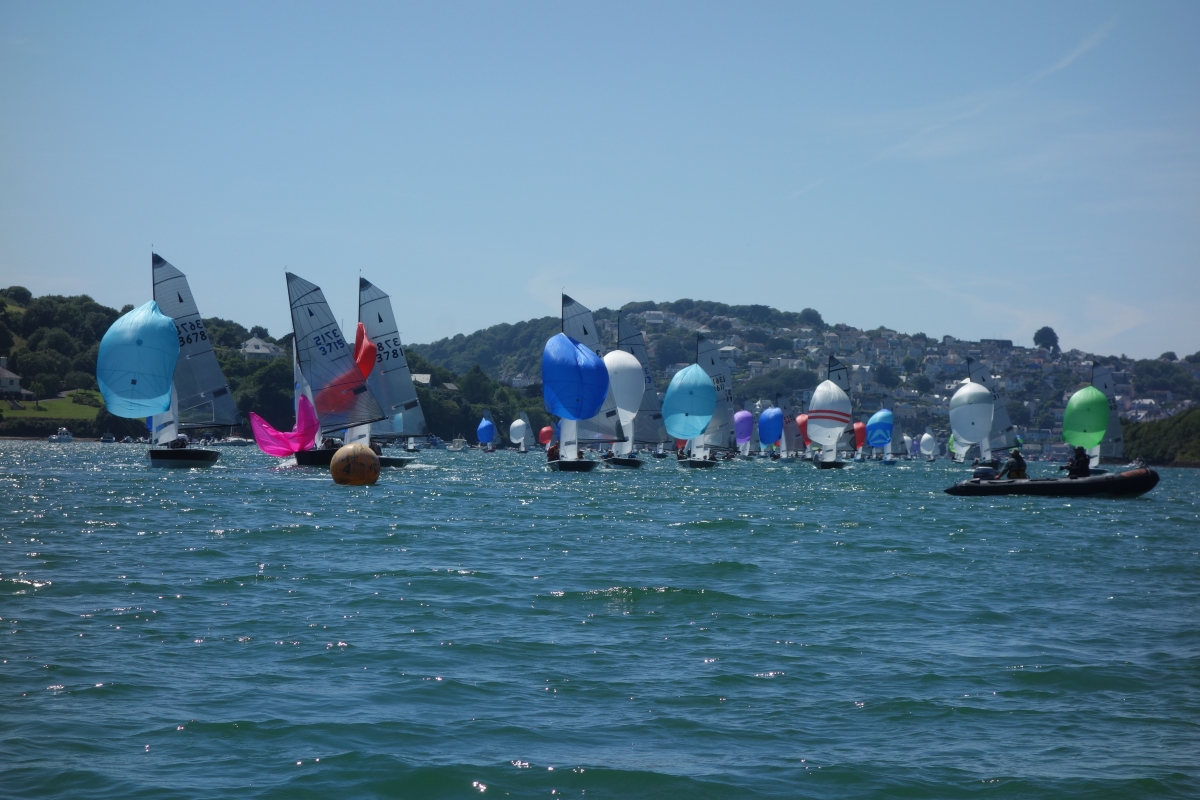 The fleet running down to Southpool from Salcombe, and

five Tamesis boats getting started in the sun. 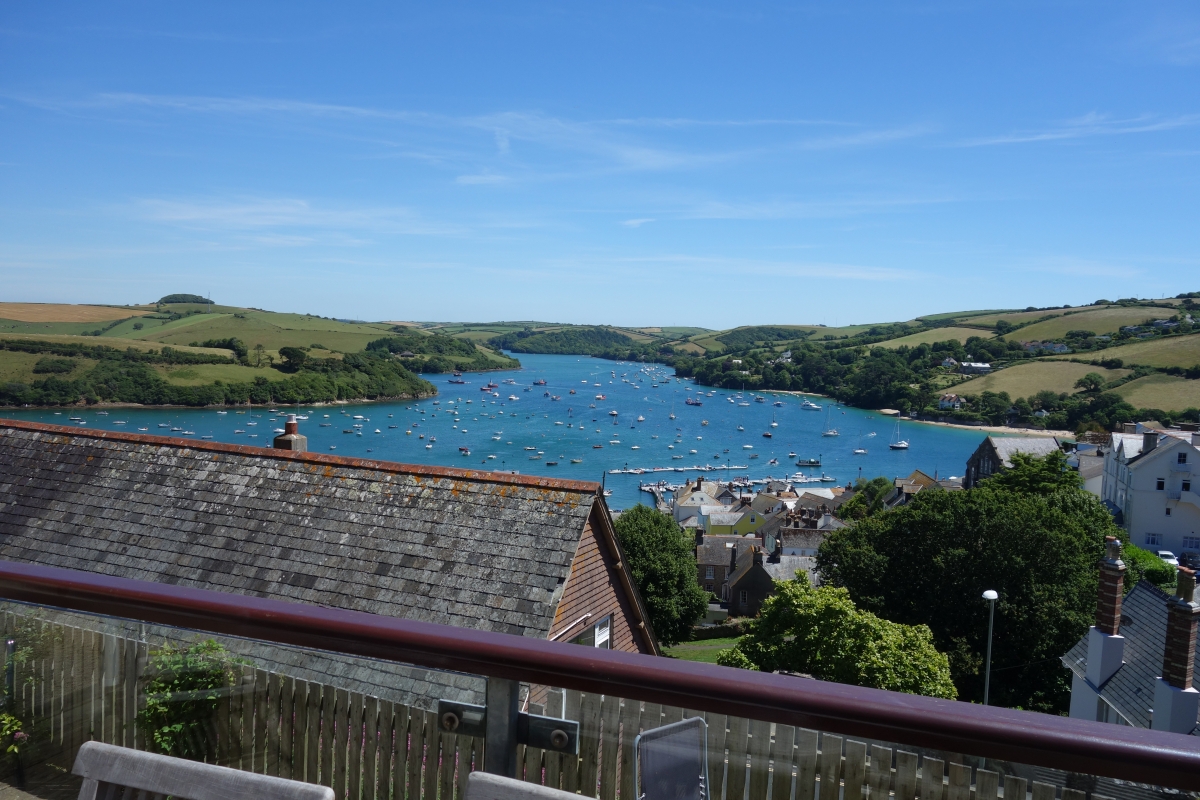 Richard and Harry Harris already doing some capsize practice – witnessed but sadly (or happily?) not captured on camera.

Camilla and Stewart Colley already broken down trialling the fishmonger’s Dory. The support boat couldn’t get her going so we got towed back ignominiously to Whitestrand. Better luck tomorrow? 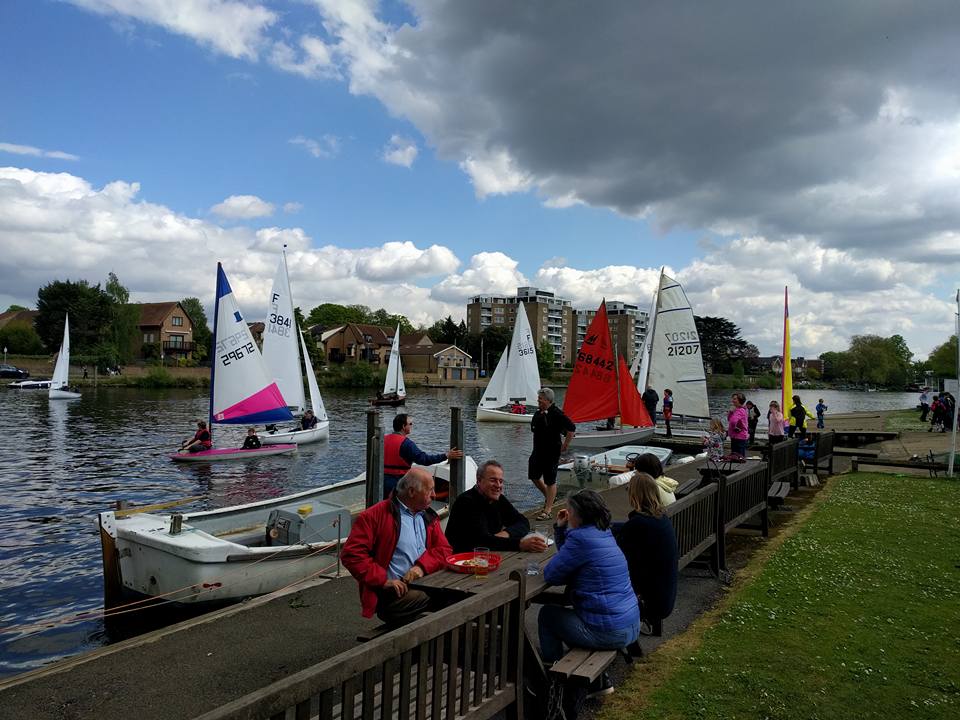 Don’t forget Stewart will again be opening the bar from 12.30 on Saturday, and this week Steve will be preparing delicious ploughman’s lunches.

Have a drink, have a chat, have a leisurely sail, or just watch the Cadets having fun. 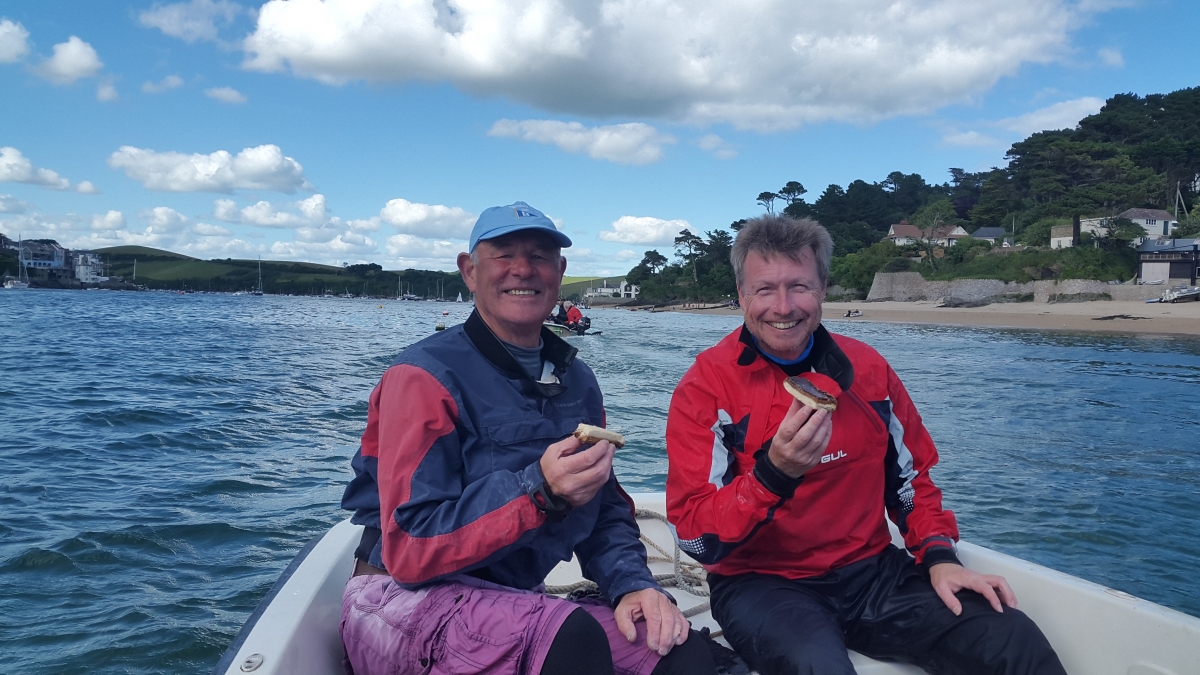 Not to be outdone by Ken and Joe, Rupert managed an even more spectacular prang on Tuesday, however undaunted and with the help of his support team and carbon fibre expert Phil Scott, he was on the water again  the next day.

Not a great day for Tamesis members overall. Andrew in Millie was black flagged, Joe and Ken had a good race finishing 38th and Rupert and Paul eventually got round in the tricky conditions for a 52nd.

Will and Mary Henderson had a 1st today and now rank 3rd overall.

Caroline Croft had a 5th, and ranks 13th overall

Fran Gifford as crew had a 10th and now 17th overall

David and Abigail Croft 12th on the day and 50th overall

The week has flown by as usual – one day to go. 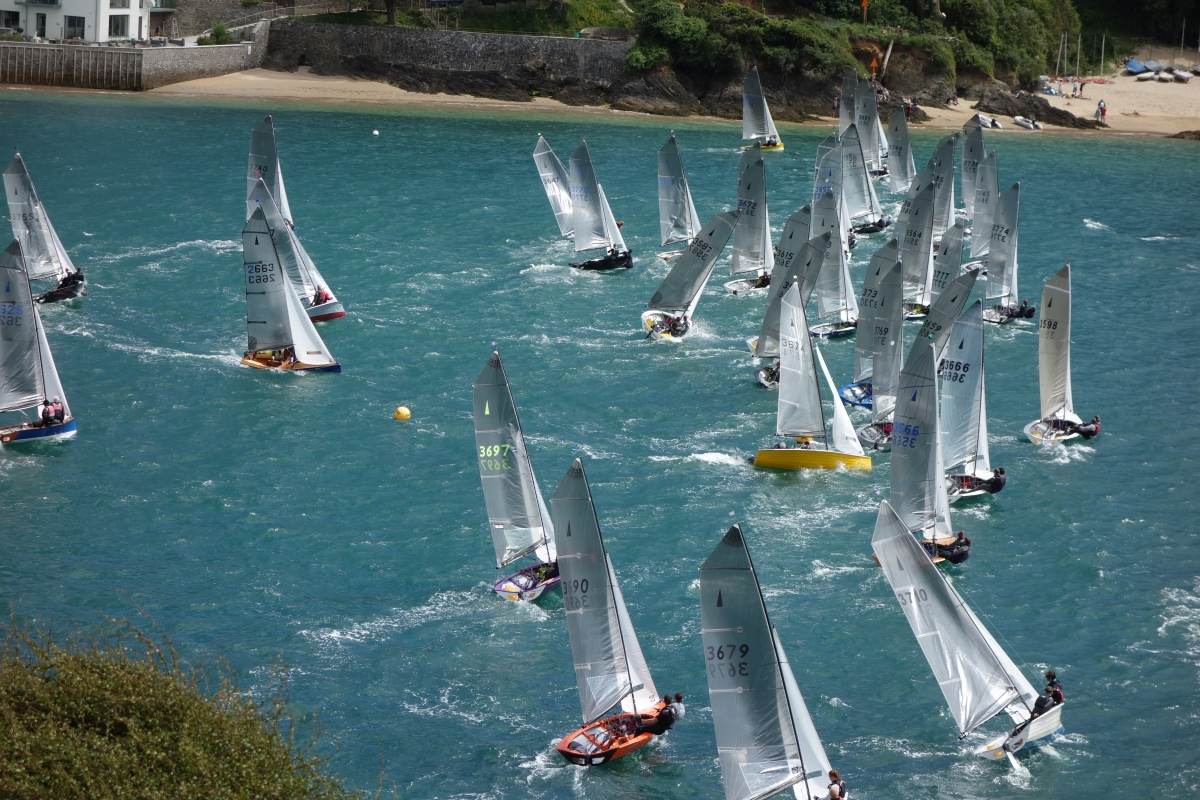 Rupert – Ragtime retires in heavy weather on Monday and gets T-boned by a Sigma 38 on Tuesday. Peter Johnson crewing for the day. Wonderman Phil Scott is set to mend broken carbon fibre mast overnight. Yes really.

Ken and Joe – Just made it to the line on time after overnight spreader repair. They failed sadly to take the holding tape off the repair and when they tried to hoist the main it stopped at the spreader…….derrrr. Just got it sorted in time. They were doing pretty well today but a knot on the mainsheet mysteriously came undone which was not a welcome development. There is always tomorrow

Andrew and Andrea – managed a capsize on Monday right in front of the clubhouse, much appreciated by the spectators but not good for their position. Great starts always achieved but follow through can be disappointing. 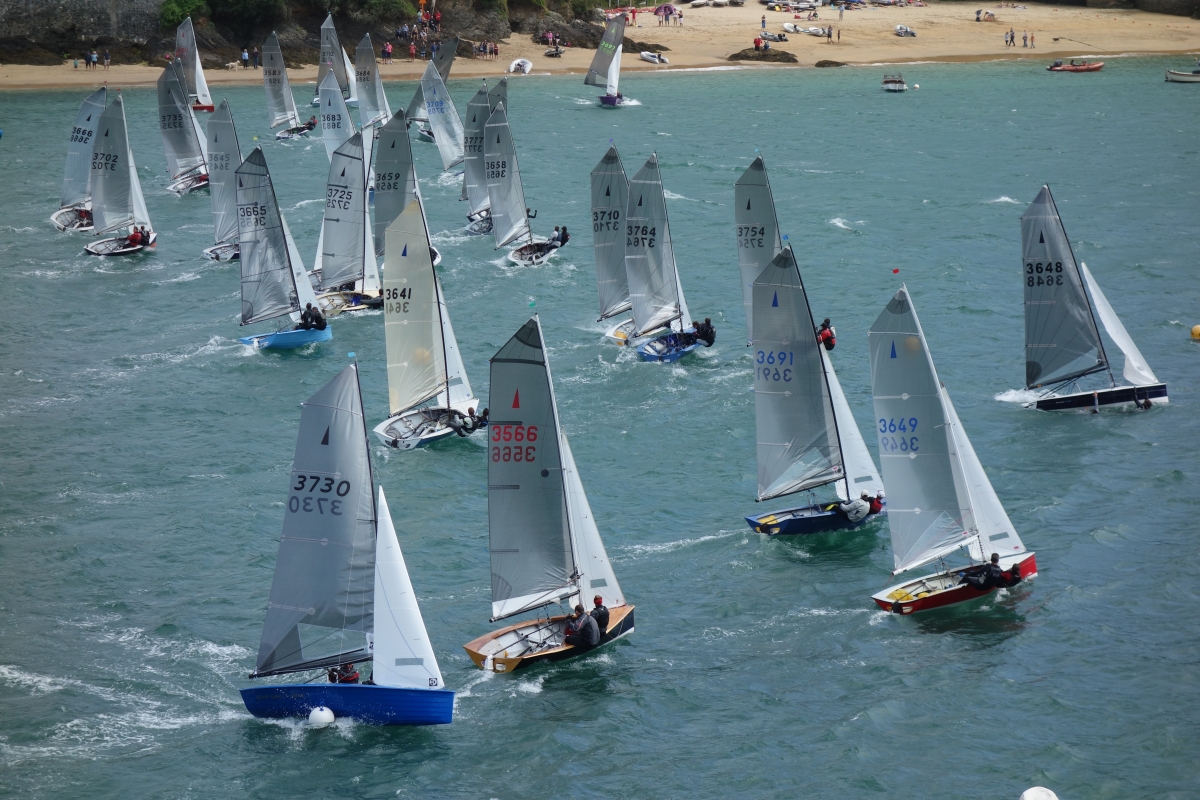 Red and Green, and Black and Blue

First day of sailing and it blew like old boots!

The Tamesis line up is –

3726  The Dark Side  Will Henderson and Mary Henderson  (Salcombe)

Local friends from Hampton include  –

The morning race was red and green flights and the afternoon – rather appropriately black and blue!

It was blowing quite hard for the first race and Rupert decided to retire half way through with the boat in one piece, not fancying a blast up to Gerston in those conditions. Ken and Joe persevered but broke a spreader off capsizing and were towed in. Fortunately after much searching they located Dirty Hands Phil Scott who promised an overnight carbon fibre repair. Fingers crossed they’ll be back on the water for Monday afternoon.

The best placed Tammy member was Fran Gifford, 5th with Phil Dalby, and ex Tammy Caroline Croft was just behind at 6th. Will and Mary Henderson were 14th

For the afternoon race the wind had really got up and it was chaotic around the start line with capsizes all over the place.  Andrew had a great start from the Salcombe end of the line and eager Tammy spectators were mystified when he failed to appear with the leaders on the run back. Even more disappointed as nearly the whole fleet (at least the select band of successful starters) came past. The story was revealed by Caroline Croft in the bar later, that he was 4th round the first mark, but in their eagerness to get the spinny up the instant they rounded the upwind mark in the fiercesome blow, they capsized spectacularly, and took rather a long time to recover. Shame!

With no Tammy boats finishing on Sunday, we are hoping for better luck tomorrow! 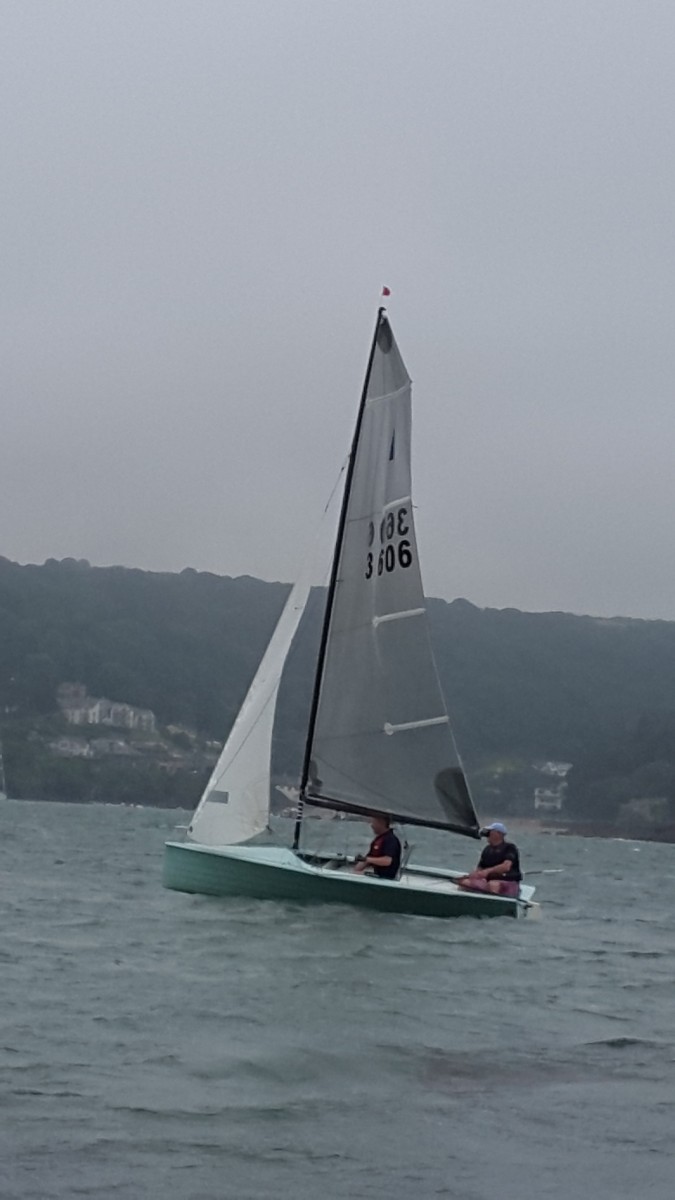 A select band represents Tamesis at Salcombe this year.

Andrew Harris returns in Millie, and  regulars Ken Duffell and Joe Woods in Take it Easy, and Rupert Fletcher and Paul Jamieson in Ragtime.

Saturday morning was lovely, but the weather closed in and the pictures show the general misty view in the afternoon as the clouds engulfed the hillsides. The crossing from Batson to Mill Bay was quick enough, but the chilly wait for the trollies to arrive was no joke. Take it Easy is de-powered approaching Mill Bay. 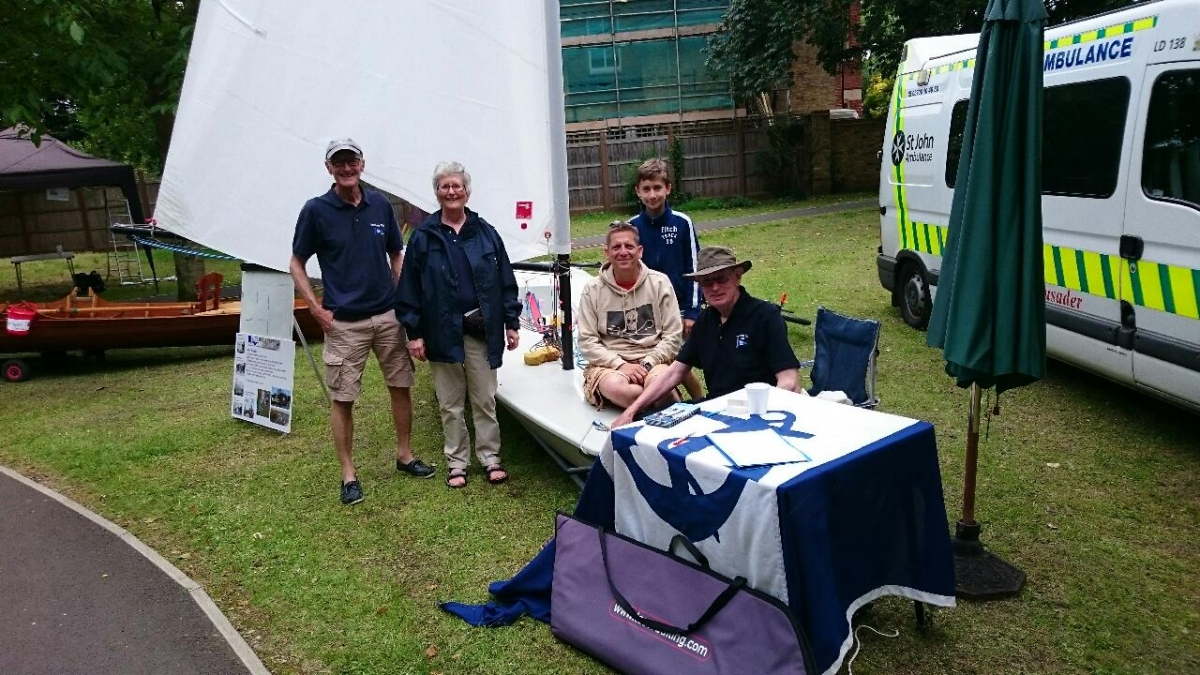 On Sunday while the Cutty Sark Bolt and the Kempton Nut were contested at the club, Laser 171688 with a nice crisp new sail went up to Udney Hall Gardens in the centre of Teddington to promote the club. The weather was good but it proved a bit quieter than previous years due to competition from other local events on the day. In spite of that, a number of good contacts were made which wil hopefully bear fruit in the future.  The stand was organised by sailing secretary Stewart Colley, ably assisted during the day by Florian and David Kruger, Alan Green, Carolyne Vines, and Adrian, Sally and Rosalind Warwick-Haller.