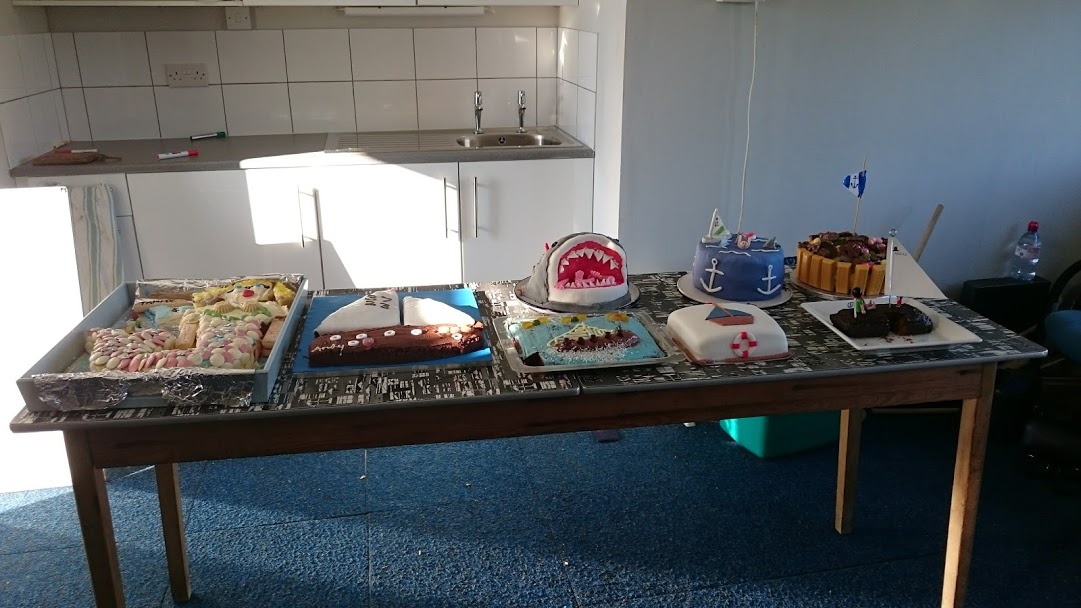 The Cadets excelled themselves producing some beautifully decorated cakes, which were very tasty to boot.  Peter Johnson took on the hard task of choosing the best decorated, and the best tasting – results below.

After the judging the kids took to the water.  Cake tasting all round after they came off it, and the winner of  the best tasting was announced.

Thanks to Andrew Harris for organising and to all the participants for wowing us with their talent. 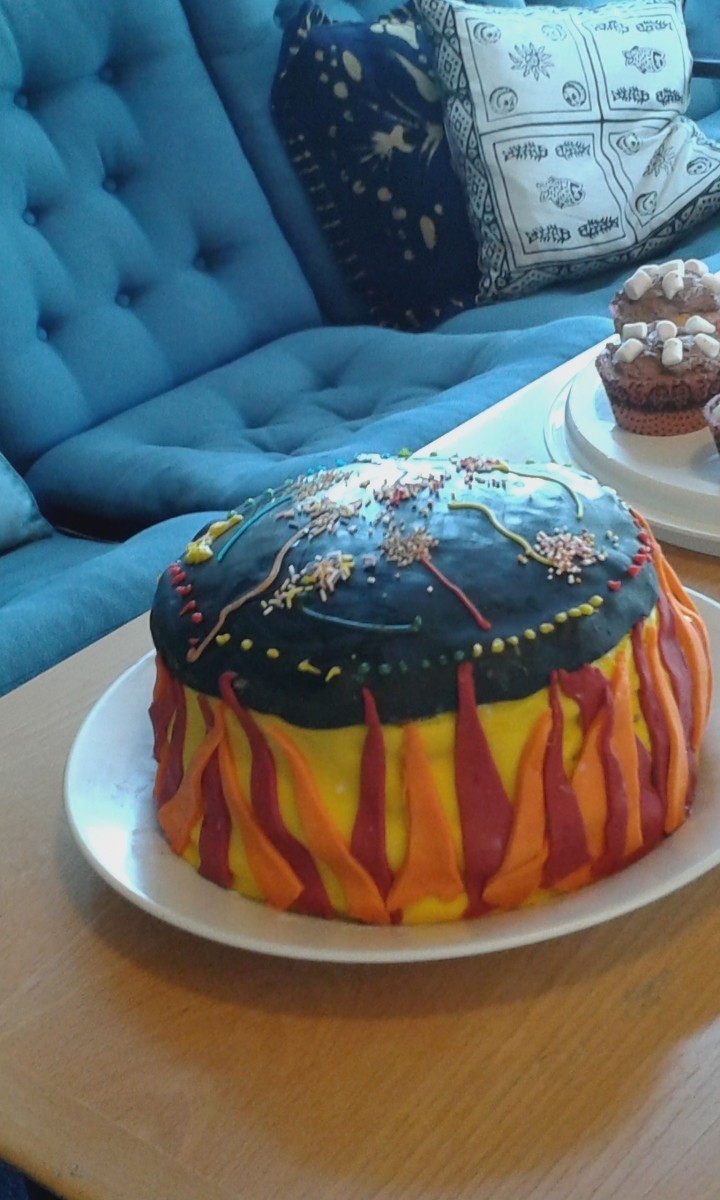 Eight juniors slaved over their cakes and brought them down on Saturday  to be judged by two very experienced judges – Stewart Colley and Carolyne Vines.  Saturday was the last junior sailing this year.

The cakes were displayed beautifully and coded so that we had no idea who the chef was.  They were judged on appearance and taste.  The standard was very high, and the decision making very difficult.

The final winner was Maddy Harris – cake pictured below: 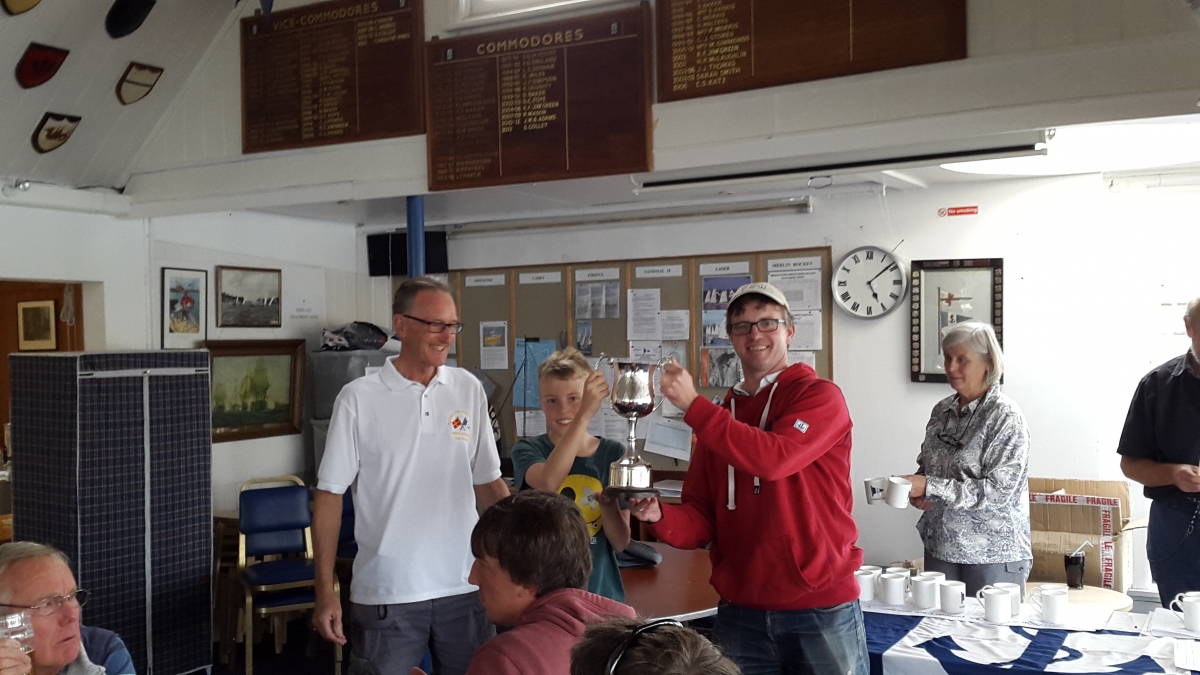 Photos taken at the Autumn Regatta yesterday.  Report to follow 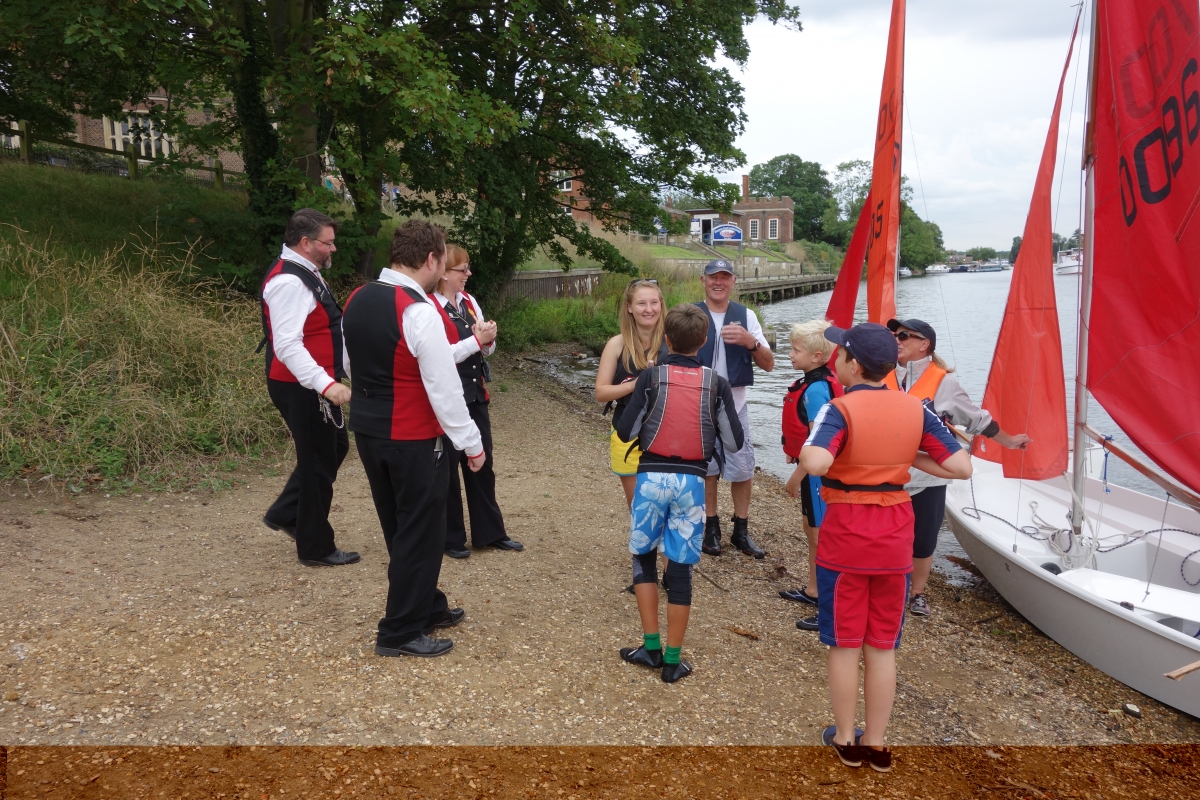 A select band of Tamesis Cadets and supporters took to the water on Saturday afternoon to collect the bottle of source water from Hampton Court Palace and take it safely down to Teddington Lock as part of the Totally Thames river festival. They mustered at lunchtime at Tamesis in pleasant sunshine, and two Mirrors and a Laser were towed upstream by Tamesis III the launch and Tamesis IV the Dory. On landing at the little beach by the Palace, they were met by Cat Buffrey, the Creative Programming & Interpretation Producer, Historic Royal Palaces, and three of the smartly uniformed State Apartment Warders, for the handover of the precious bottle of water.  Rosalind in a Mirror crewed by Judith and Joe Richman accepted the bottle and did the first leg of the sail back to Teddington. The wind was a very light southerly so occasional assistance from the escort boats proved necessary to ensure we got back in time for (a late) tea!

At Thames Ditton the bottle was handed over to Ken Duffell and Matthew in the other Mirror who took it down to Kingston. There the bottle was carefully secured to Constantin Gerber’s Laser by a lanyard and he completed the delivery to Geoff, the duty lock-keeper at Teddington Lock. As the weather had deteriorated to a steady drizzle by this time we were pleased to get back to Tamesis for well earned tea and cakes, kindly provided by Judith Richman, and Sally and Rosalind Warwick-Haller. After tea, the Commodore presented all the participants with rosettes. 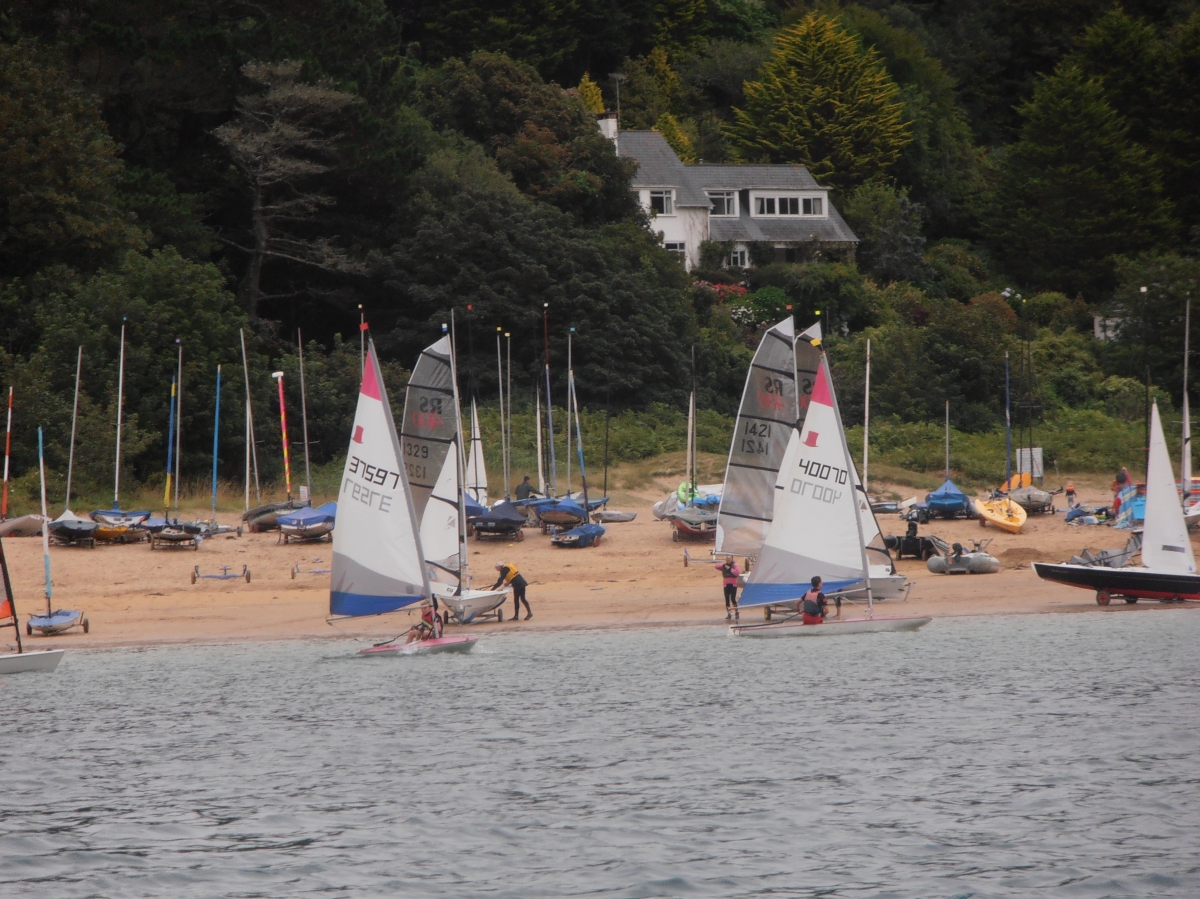 Harry and Ben supported by their families had a successful week with the Tamesis Toppers at the Salcombe Yacht Club Regatta last week, in challenging conditions which favoured the locals. Overall Harry was 3rd and Ben 5th.

Congratulations on flying the Tamesis flag. Full report to follow. 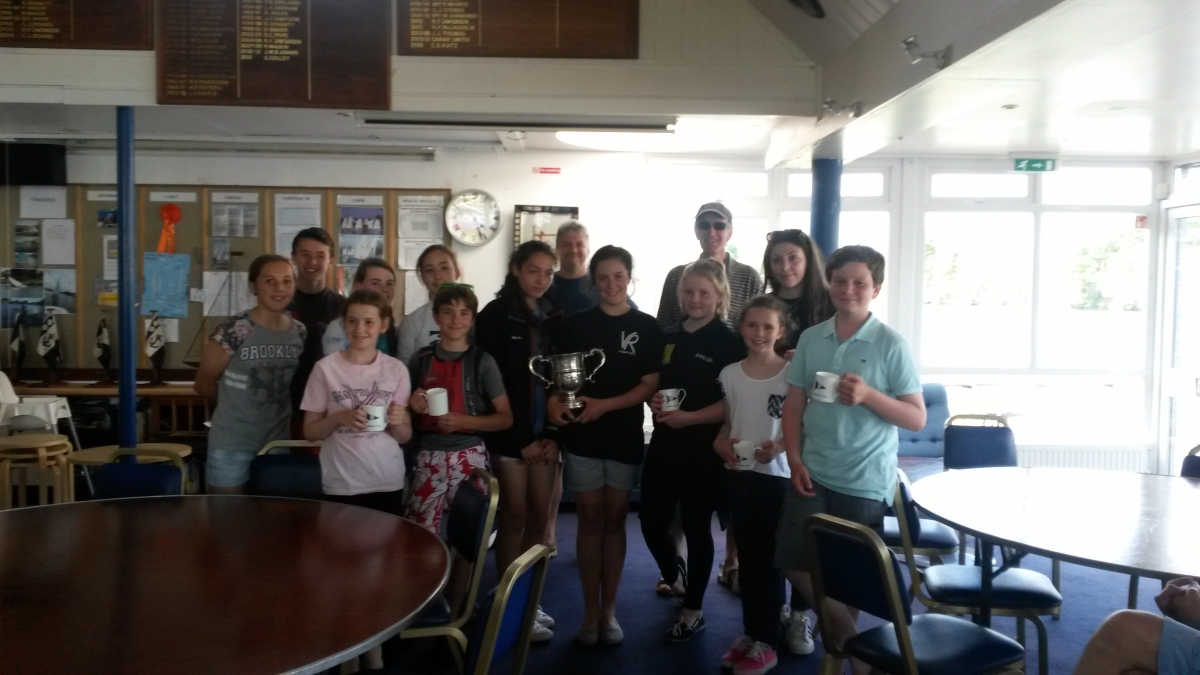 Seven boats turned out for the Munster Cup on Saturday 27th June, three of whom were from Frensham Ponds Sailing Club.

Thanks to Richard Harris, Daniel Gerber, Brian Timbrell and Ian Ramage for running the event and Stewart Colley for the photos of the sailing. 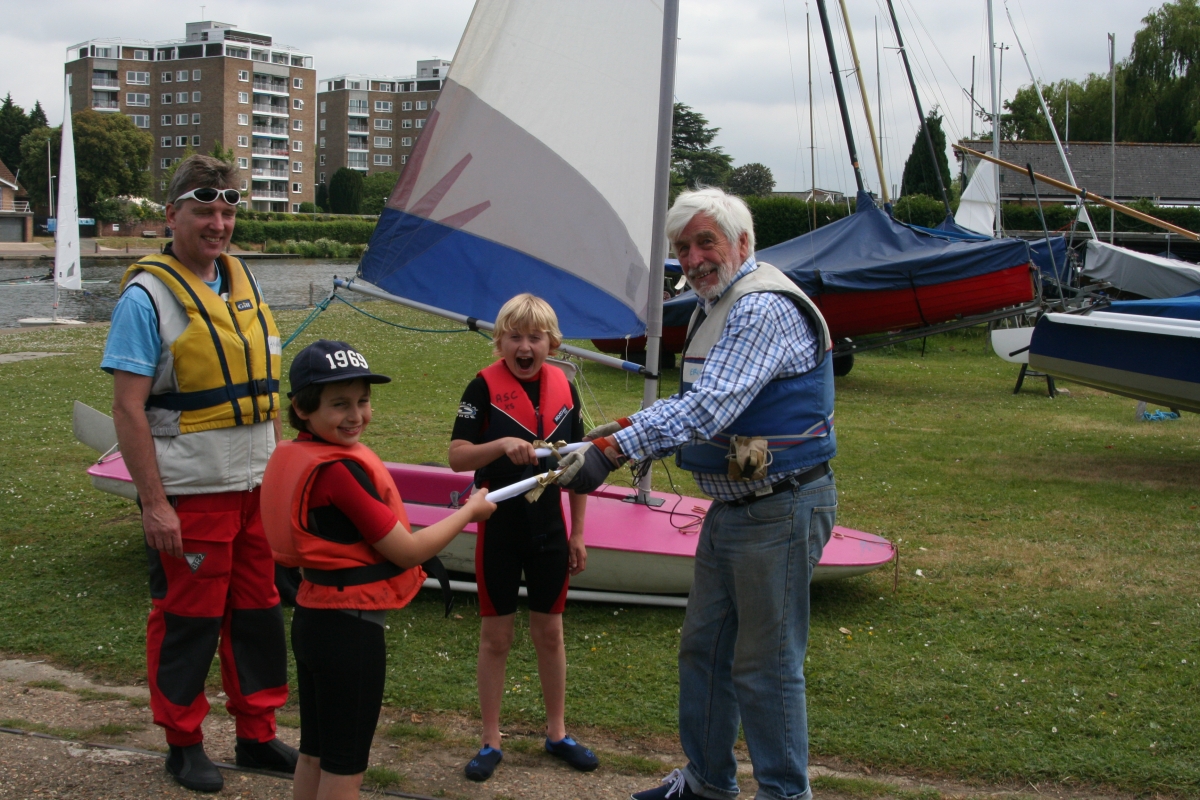 The boys completed the four day course, on Sunday morning and went out again to prove they could do it!

Anyone interested in taking RYA courses for sailing should apply to Eric direct on  finlaysone2@aol.com. 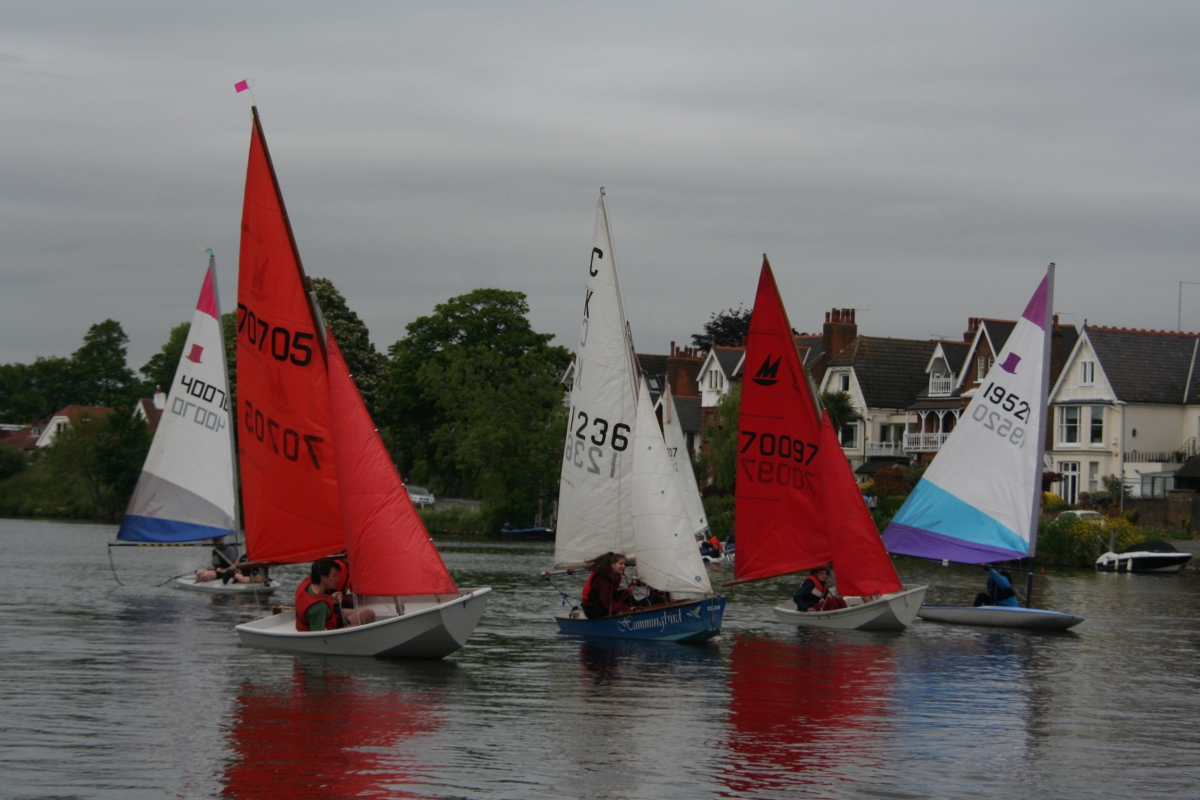 Richard Harris organised another great afternoon on the water today.  Twenty two children came, ten of which are brand new to sailing.  Photos below all taken by Jackie Rado-Barr 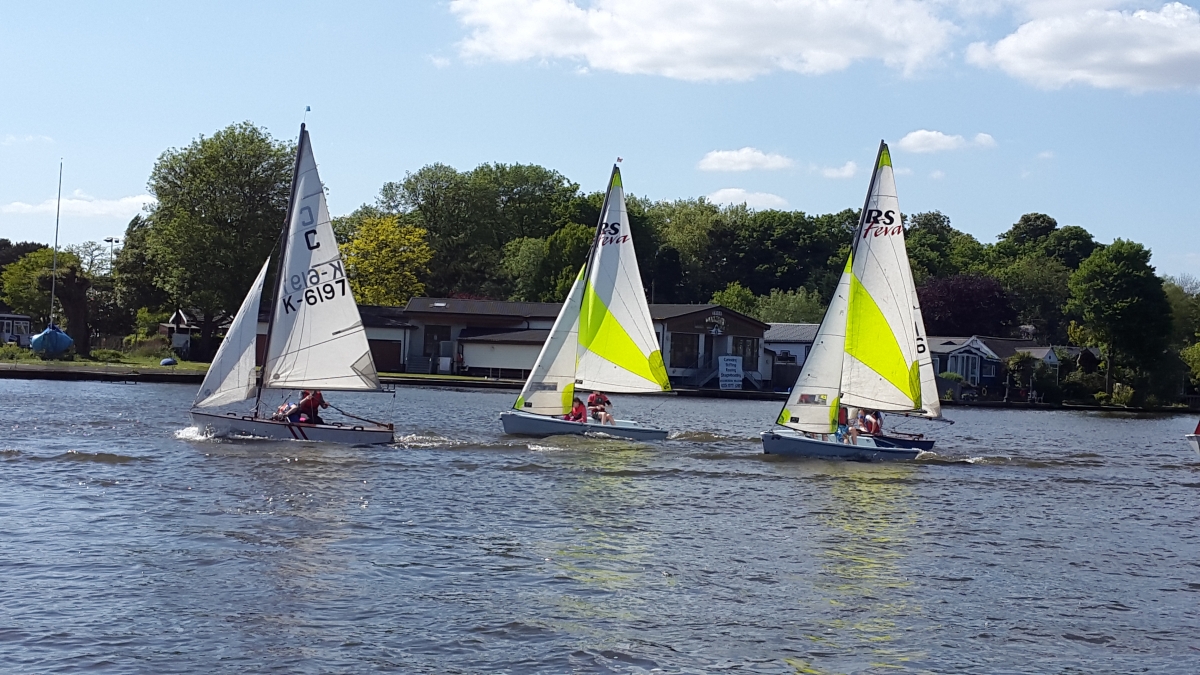 Tamesis trialled three RS Fevas last weekend.  They came on hire from the RYA Thames Valley Region.  They are available to any club in the region that wishes to try them out.

The cadets tried them out during the Saturday sailing, and two were sailed in the Spring Regatta on Sunday.

There were many positive comments, and many found them very exciting!

Many thanks to Pip Deverson  secretary of the Thames Valley Region for facilitating the hire. 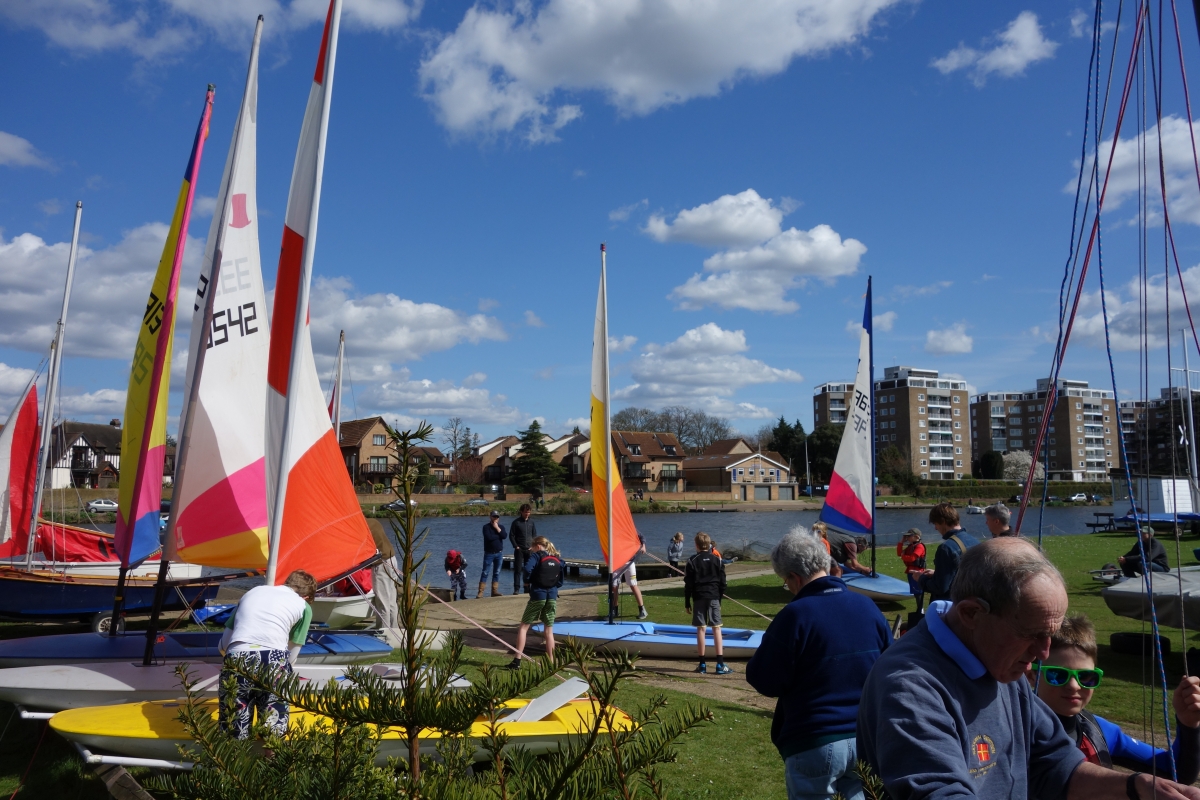 The Club buzzed with excitement today as 15 eager Cadets prepared their boats and took to the water after the winter break. Conditions were ideal with bright sunshine and a nice westerly breeze. Three short fun races were run and  one Cadet who was sunning herself on the foredeck of a topper actually went for a swim. Was she completely Mad(die)? After the initial shock, she pronounced the water ‘not too cold at all’

The Cadet Clubroom was sparklingly clean and tidy thanks to the hard work of Falcon and the Wednesday Working Party. Lets hope the Cadets keep it that way!

Welfare Officer Jackie Harris was in attendance as usual, serving delicious tea and home made cakes.