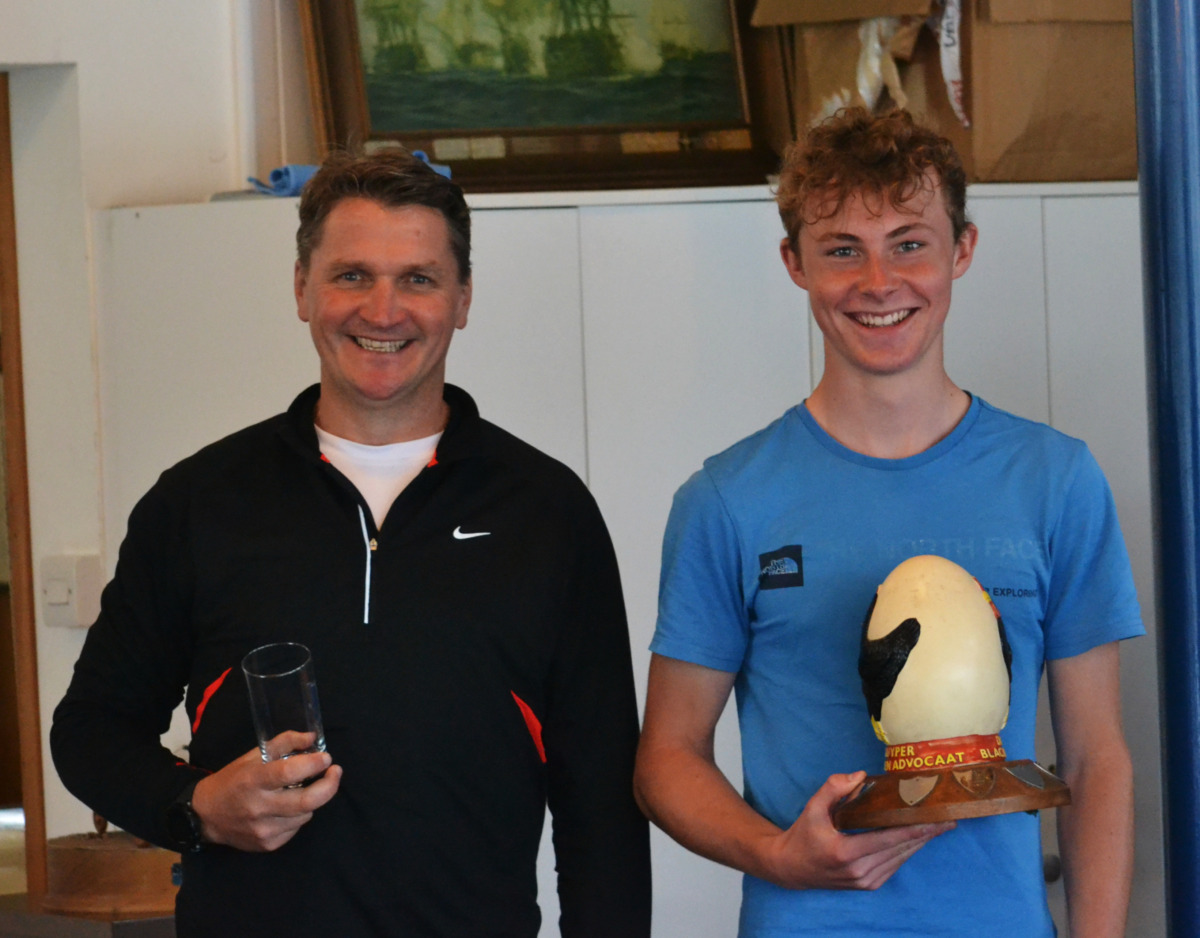 Although racing was abbreviated on Sunday 15th May by a Skiff Club event, the day’s delights were extended to include prizegiving for the 2021/2022 Winter Series.

This Winter’s Laser racing was dominated by a mixture of newer and younger faces.

The Frostbite Mug for Winter Points was awarded to Henry Medcalf, with Matt Valentine and Chris Taggart second and third respectively.

The Enterprise Winter Traveller Series, a well-attended series at the start of 2022, was won by Ed Mayley of Minima YC. His trophy was collected by Rob Mayley.

The clean-up accidentally included the Geoff Cooper Memorial Trophy, awarded to the winner of the final race of the Winter Series. This will be re-assigned to the correct winners, Richard Harris & Emma McDonald in Passing Cloud, at the earliest opportunity.

Pennants and celebratory bottles were also awarded to the winners of the mini-series in March which saw the successful trial of the new Blue Series racing.

Prizes were organised “Master of the Trophies” Henry DeFries and awarded by the Commodore, Chris Pollard. Thanks are due to both.