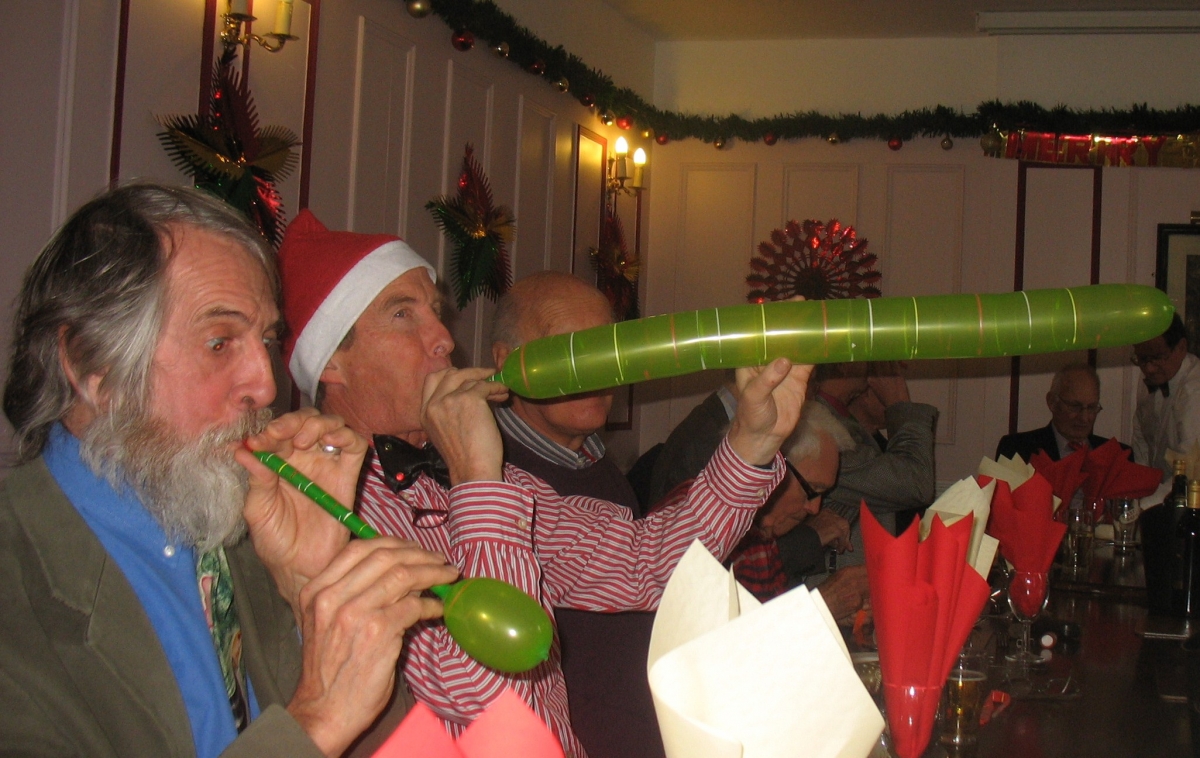 Nineteen members of the Tamesis Wednesday Working Party sang “We wish you a Merry Christmas and a Happy New Year” to Club Bos’un Ted Neal, one of their colleagues who is in hospital recovering from a stroke, through a mobile phone link set up by Commodore Stewart Colley. The link was pre-arranged with Ted’s wife Doreen who sat at his hospital bedside holding the receiving phone to Ted’s ear..

The lunch, an annual event, was held on Wednesday 17 December at the Adelaide pub in Teddington, where members enjoyed a delicious three course meal that included turkey with all the trimmings and Christmas pudding.

Alan Green, Rear Commodore Sailing, opened the festivities with an alarming poem called “The Yarn of the Nancy Bell”, about 10 shipwrecked sailors who turned to cannibalism to survive.

Vice Commodore Carolyne Vines found it hard to blow up her balloon while Acting Bos’un Paul Jamieson produced a lot of hot air for his. Crackers were pulled and the jokes inside recounted to a chorus of groans. As the meal progressed members told a selection of old and new jokes which added to the overall festiveness of the occasion.

The lunch was organised by Jim Green who opened the proceedings with a toast to absent friends including Club Captain Phil England and former Harbour Master Richard Howells, both of whom have died since last year’s lunch.

He particularly asked members to wear something bright and/or gaudy for the event in memory of absent WWP friends who would expect nothing less.