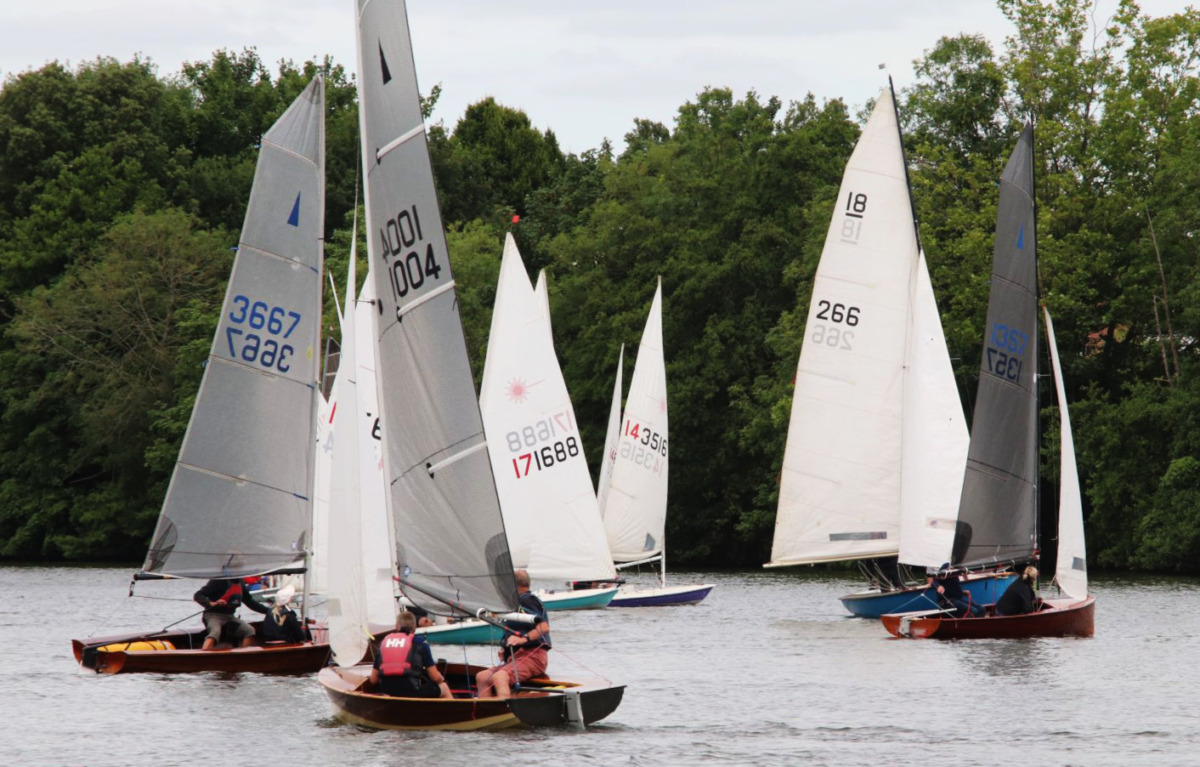 After a blazing hot week, the idea might have been to have a sleepy Sunday morning drift on the Thames, slowly cooking and wondering where you’d put the sun cream. Tammy conditions rarely like to be predictable, of course, so sailors arrived to find steel grey skies looming overhead and a chill in the air as a solid Northerly ruffled down the river. 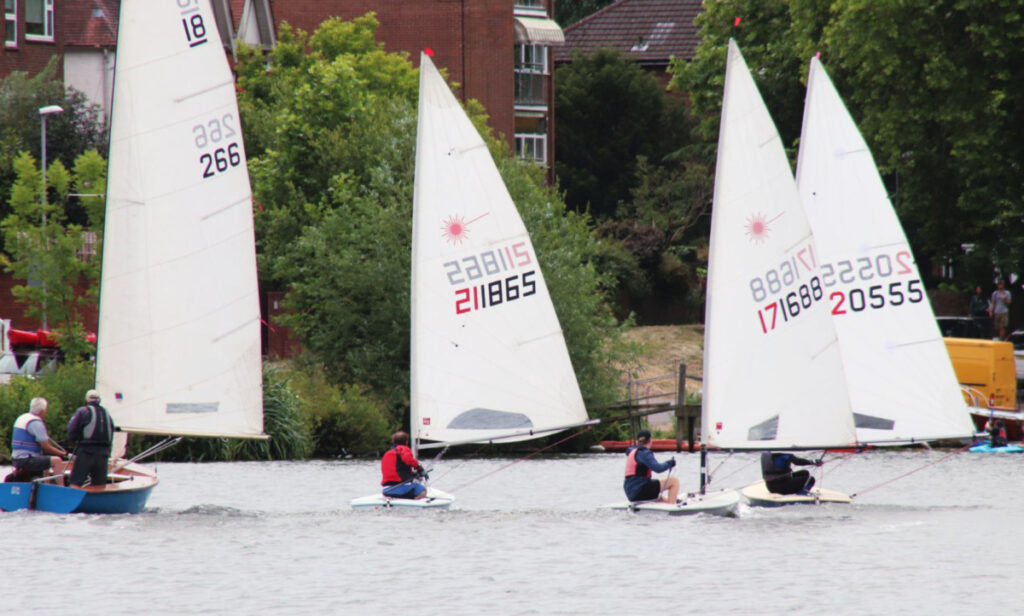 Four Merlin Rockets turned up for the Blue series start, although Bambusa (Peter Mason and Berry Ritchie) were the first — but not last — to decide that the wind was a little too full for comfort. That left Crossbow (Tim Medcalf and Jen Falconer-Hall) to romp away for a clean win, with Avenger (Joe Woods and Ken Duffell) and War Horse (Peter Impey and Alison Cooper) completing the places. 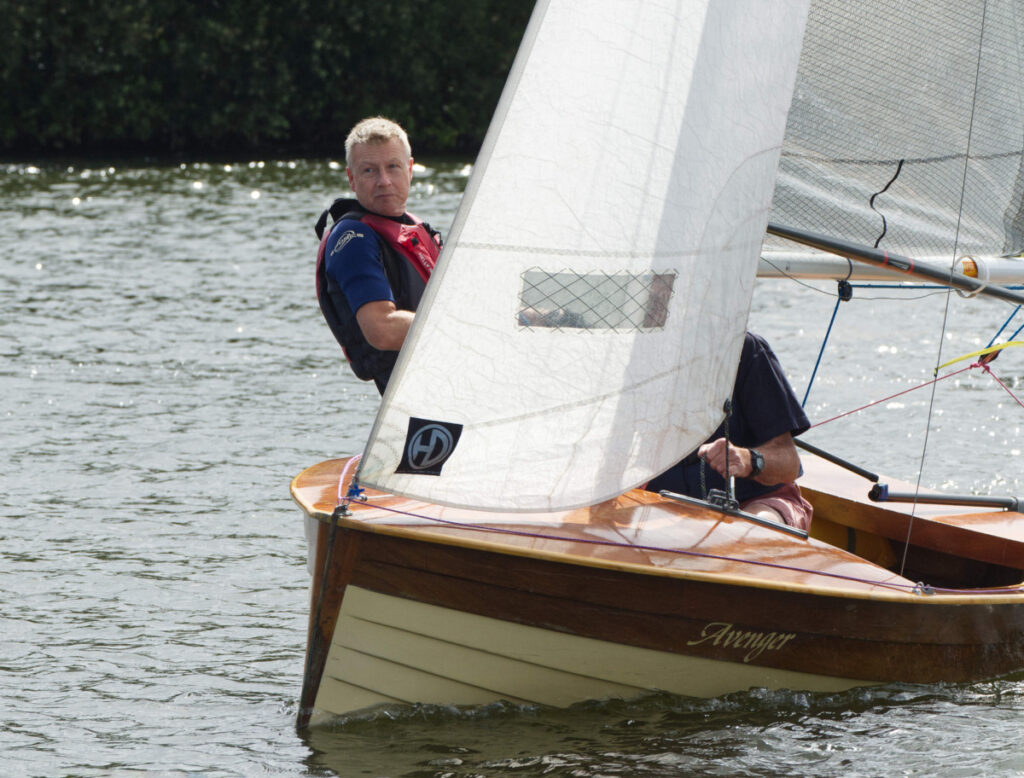 In the meantime, a good fleet of seven Lasers took on the North wind, finding that, in true Tammy fashion, it had some tricks up its sleeve. While the long beat downriver to Lensbury seemed relatively true, with the current always able to keep things moving, the run up to Canbury was liable to drop boats without notice. 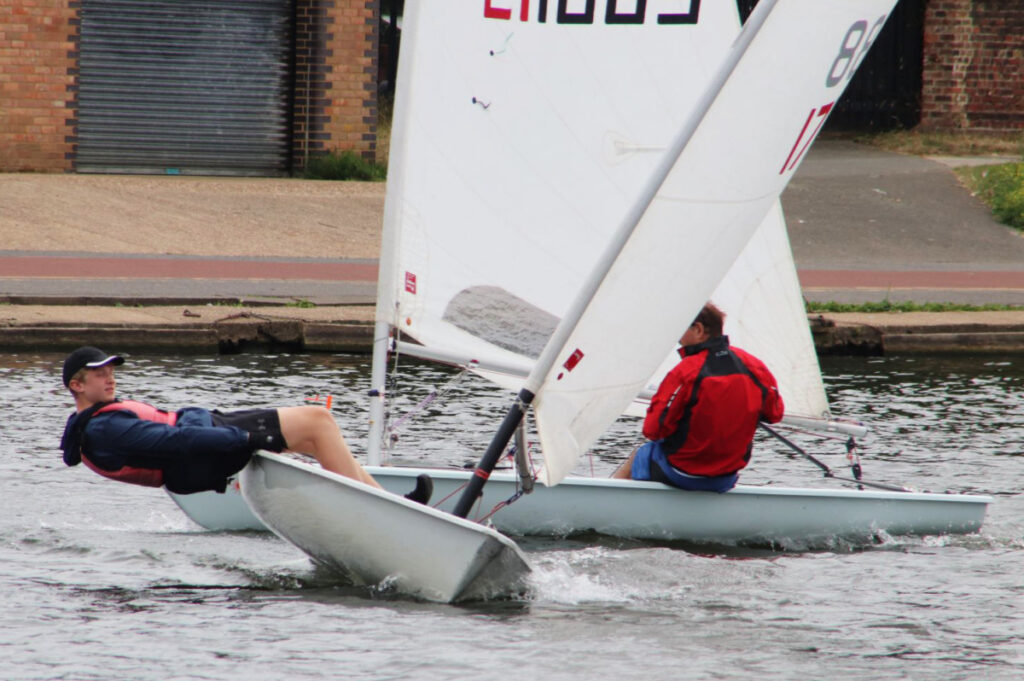 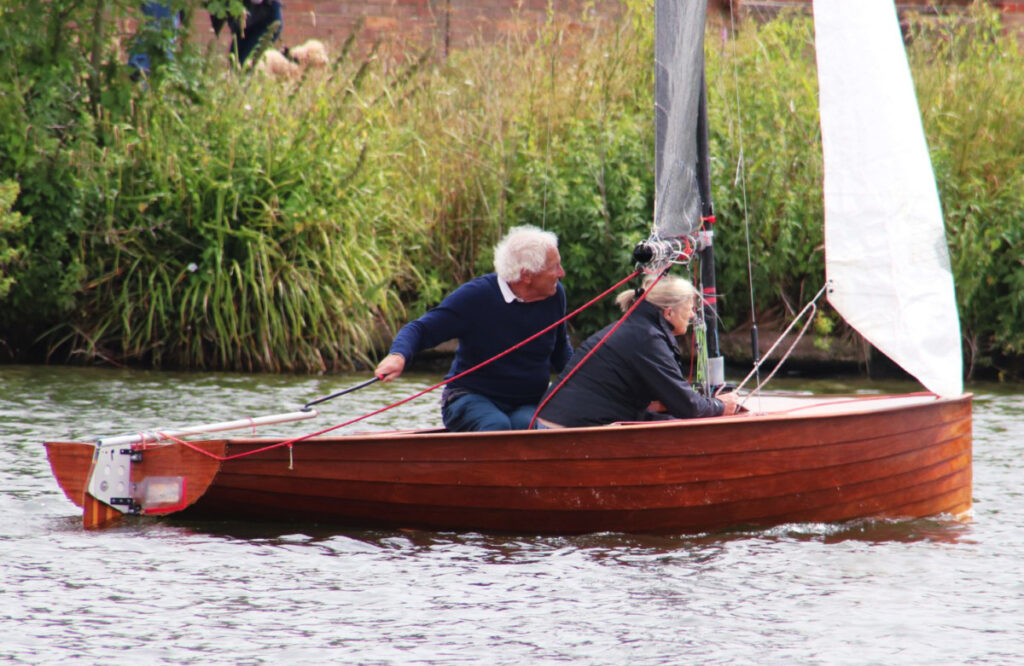 The White series saw the Merlin Rockets up to six in number, with the likes of Chimp and Omega putting in appearances, while the crew of Avenger swapped around as they’ve been doing all summer. Five laps saw the top three still jostling and contesting to the last leg, with Avenger (Duffell and Woods) finishing just ahead of Chimp and Crossbow. 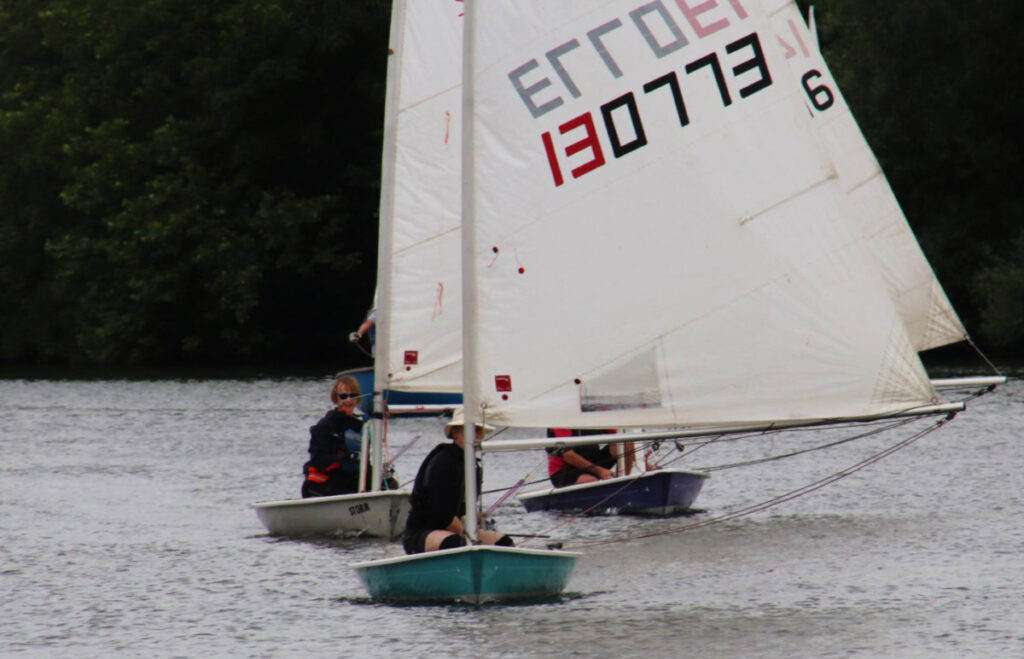 In the Lasers, that fickle wind had its say, so that Neville Upton, who had found himself clear on the final run, endured the frustration of stalling just beyond the race box while the rest of the fleet closed up behind him. Such is Tammy racing. Once again, it was Matt Valentine in Grey Dove who nipped through at the last to take the win from Jason Stokes and Neville Upton. 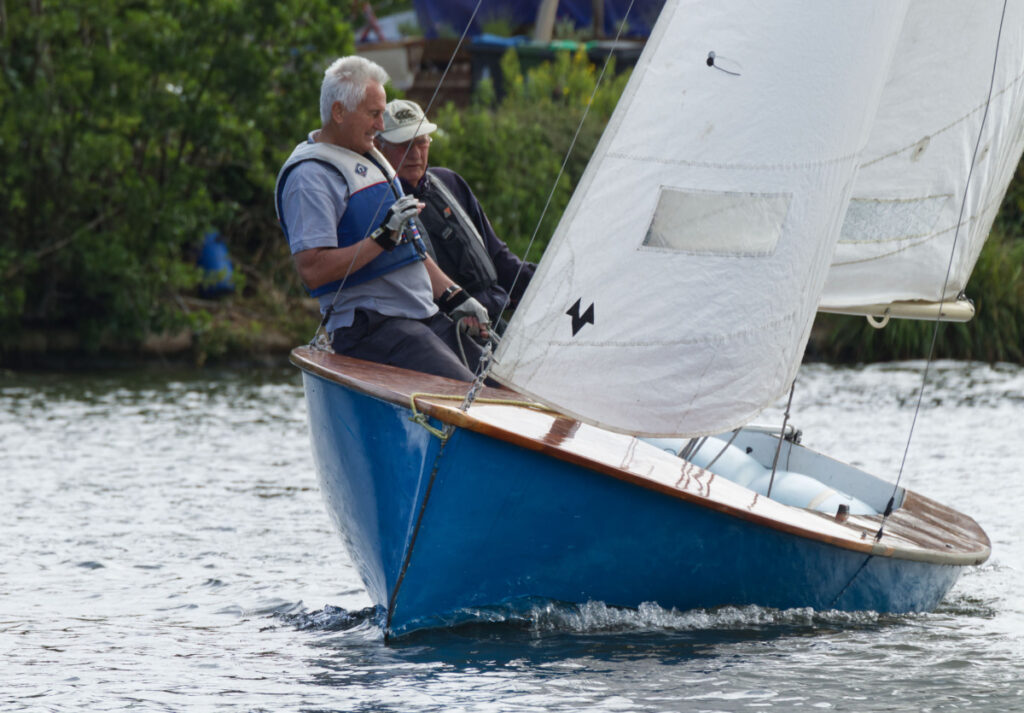 While Charles Fox and Robert Blakeborough registed their second win of the morning in N18 Genevieve, Lyra Wade showed that a Topper could negotiate the conditions. 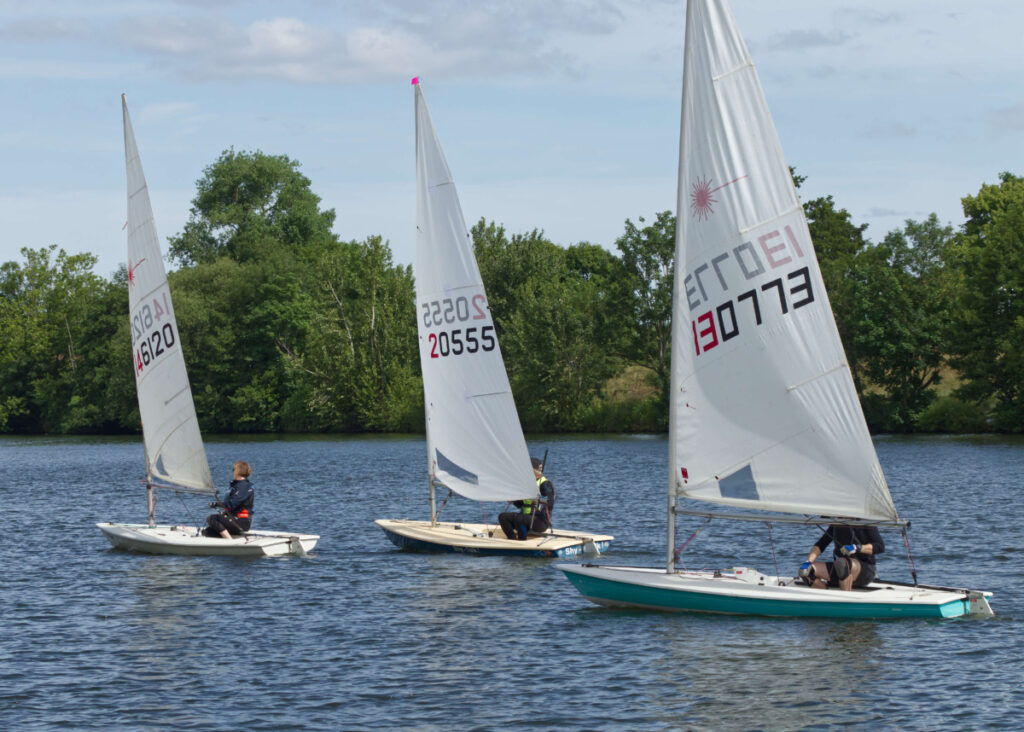 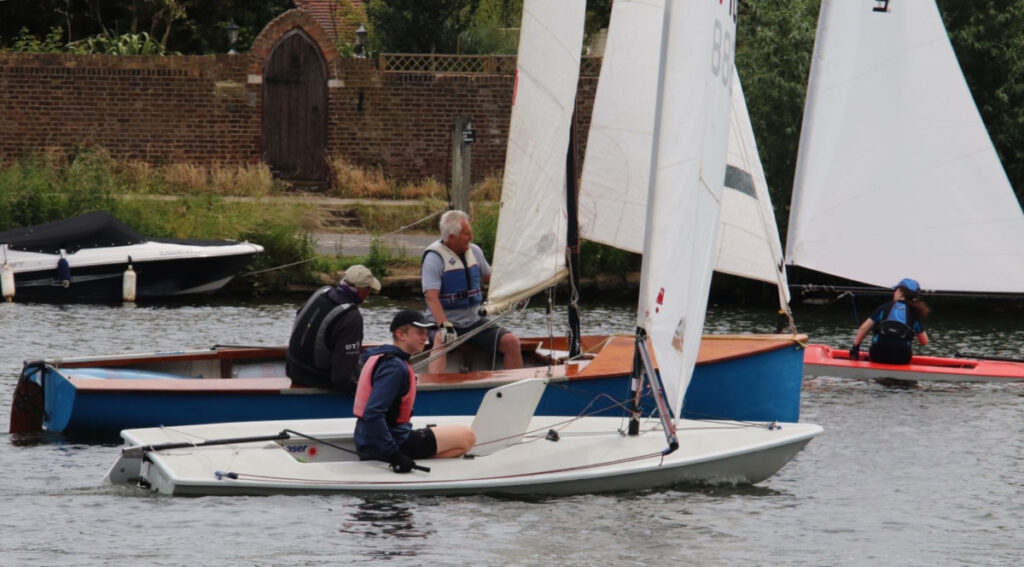 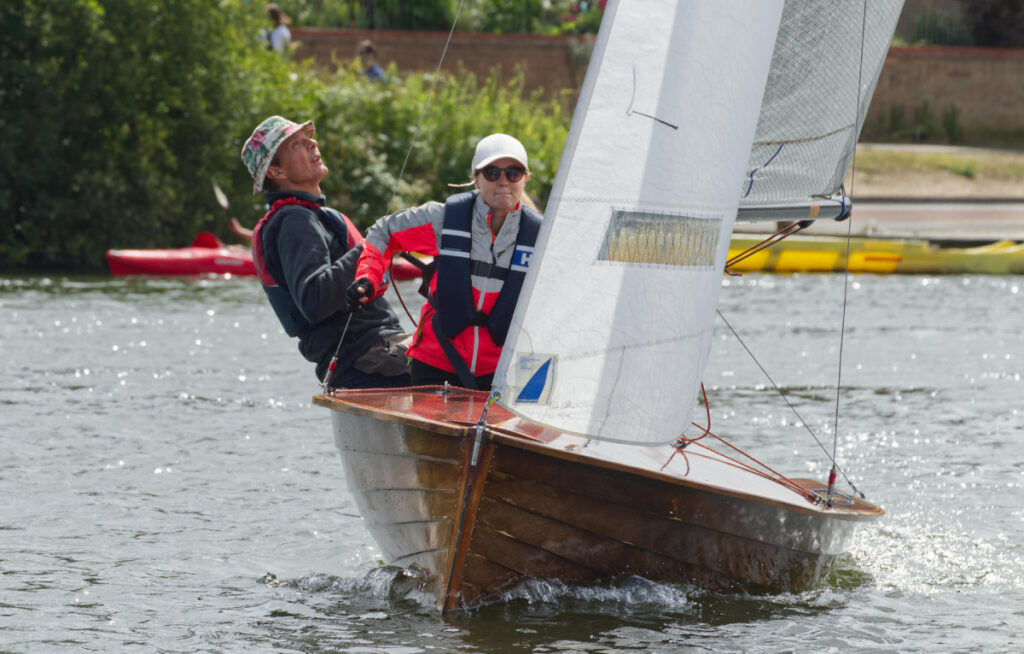