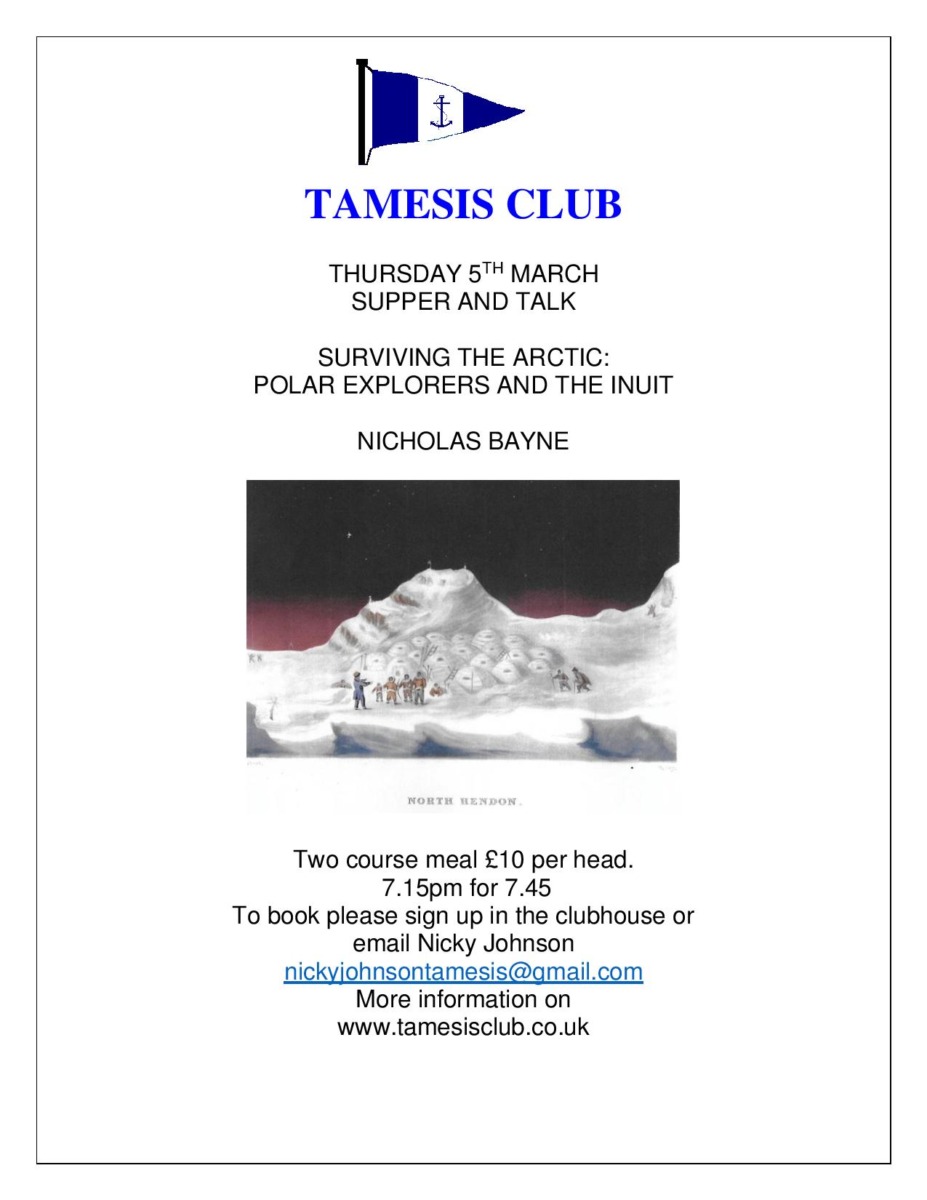 Meal and talk open to all.

Nicholas Bayne, brother-in-law of Anne, will be giving a talk on Thursday 5th March.

It will be about the exploration of the North West passage in the 19th century by John Ross and James Clark Ross, (remote Uncles of Christopher and Nicholas) and John Franklin on ‘Erebus’ and ‘Terror’, recently found.

This promises to be an enlightening insight into why Ross survived when Franklin died.  It will also touch on the contact between Arctic Explorers and the Inuit.

Two course meal £10 a head.  Please book by either signing up in the book in the clubhouse or emailing Nicky Johnson on nickyjohnsontamesis@gmail.com